Low-mileage example of possibly the definitive supercar goes up for sale through McLaren itself - price upon application... 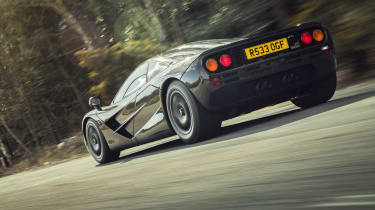 In 1993, the McLaren F1’s price tag of £600,000 seemed quite expensive. That’s because it was quite expensive, but today it looks something of a bargain when the best examples are climbing ever closer to eight-figure sums.

It takes something quite special for a car to stand out in an already rarefied market, but the F1 offered for sale by McLaren Special Operations (MSO) could be such a car.

Chassis #069, one of the last produced by McLaren as production wound to a close in 1998, has covered fewer than 2800 miles since new. Like all F1s, it’s also been meticulously maintained by McLaren Special Operations itself throughout its life.

Despite its numeric allocation, it was actually the 60th car to be built by the factory, finished in a coat of Carbon Black paintwork with matching centrelock, 17-inch magnesium wheels. 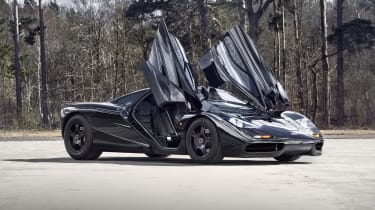 One neat feature of F1s is the contrasting colour to its central driver’s seat – done to draw attention to its commanding position within the car. Here, the hot seat is trimmed in black and red leather, while the passenger seats are finished in Alcantara. The steering wheel too and the curvaceous dashboard both wear a coating of the suede-like material.

Other items included in the sale are fitted luggage, a Facom titanium tool kit (and matching tool box), all relevant books and literature – one of which is the ‘Driving Ambition’ McLaren F1 book – and a limited-edition owner’s watch.

Unsurprisingly, no price is quoted for chassis #069, and interested parties must contact MSO directly to make further enquiries.

Want to know more about the F1? Henry Catchpole talks you around chassis #046 in the video below.