McLaren and BMW to collaborate on new engines once again 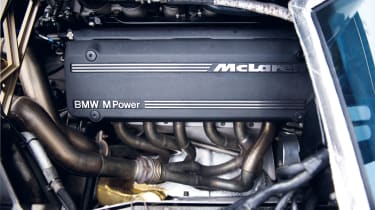 McLaren will once again work with BMW to develop petrol engines. A project supported by the UK government to increase the efficiency of the internal combustion engine has bought the two companies together for the first time since the original F1 supercar.

The venture is led by McLaren but involves a total six different organisations, including Ricardo (which makes engines for McLaren’s current road cars), the University of Bath and Lentus Composites. Casting and foundry experts Grainger and Worrall, which casts the engine blocks for most F1 teams, the Bugatti Chiron and the cylinder heads for Porsche’s GT3 and GT3 RS engines, will contribute to the project too. 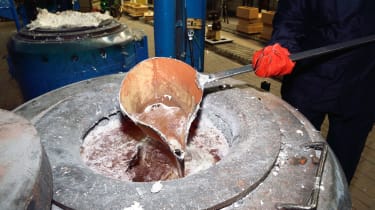 But it’s the reunion of McLaren and BMW that is most exciting, and brings us hope that there’s something very special on the horizon. The last time the two companies collaborated was in the 1990s when McLaren commissioned BMW to create an engine for the F1 hypercar. 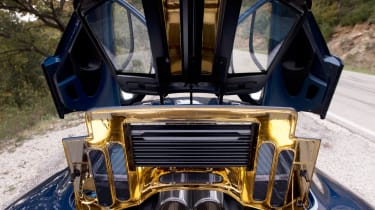 Lead by engineer Paul Rosche, BMW’s Motorsport division created a naturally-aspirated, dry-sumped 6-litre V12 with variable valve timing on all four cams, and 12 individual throttle bodies. Called the S70/2, the F1’s engine produced 627bhp and revved to 7500rpm. This incredible engine helped the F1 accelerate from 0-62mph in 3.2sec and onto a record breaking top speed (at the time) of 240mph.

But it wasn’t its associated figures that made it so special. The V12’s combination of ferocity and accuracy, as well as one of the most glorious noises known to man, has helped cement it as one of the greatest engines ever created. evo’s contributing editor Richard Meaden drove one in issue 205 and said ‘No other road-car engine combines its immediacy, reach or big-cube bombast. A Carrera GT’s V10 feels thin by comparison, a Zonda’s V12 a bit flabby.’

For those of us not lucky enough to get to drive a McLaren F1, we have to make do with watching videos of the car. Watch some of evo’s own videos and revel in the noise from that spectacular engine.