After months of extensive testing, McLaren will be racing its MP4-12C at various events throughout 2012 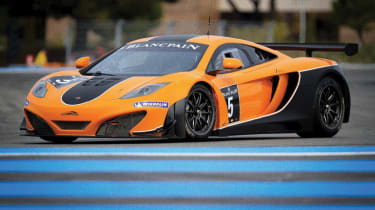 It's been developed by McLaren, and with over 35,000 miles under its wheels, the MP4-12C GT3 racer is ready to take on the world of motorsport in 2012.
The car's debut race will take place on 31 March at the opening round of the VLN championship at the Nürburgring Nordschliefe and ADAC GT Masters championship at the neighbouring the Oschersleben circuit.