Thought the V12 G-class was a thing of the past? Enter, Brabus... 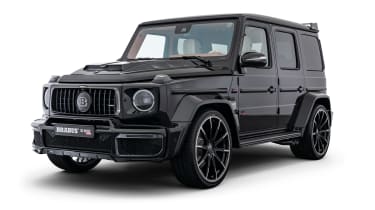 Scroll around the automotive web for more than five minutes and you’d be led to believe that every other G-class produced is destined for drastic modification. The range-topping G63 has been fettled to within an inch of its life by various tuners around the globe, but Brabus didn’t think a V8 was quite enough...

Lifting the 523bhp 6-litre turbocharged V12 from an S600 L, the German tuner has performed extensive work on the power plant to take it to 888bhp and 1106lb ft of torque – to offer some context, that’s twice the torque of the absurdly powerful Ferrari 812 Superfast. Though Brabus boffins have managed to extract such power from the two dozen, it does state that it’s electronically limited to a mere 885lb ft of torque, likely to prevent other drivetrain componentry from returning to its elemental state.

Peak power comes at a low 5500rpm, peak torque at an even lower 4200rpm, providing the SUV with a 0-62mph time of 3.8sec and a top speed of 174mph. Power goes to all four wheels through Affalterbach’s nine-speed transmission. 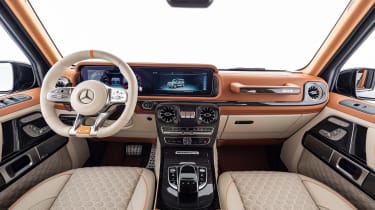 Modifications begin with the addition of a new billet crankshaft, larger cylinder bores, forged pistons and connecting rods, resulting in a larger capacity – the Brabus-fettled unit sits at 6.3 litres as opposed to the factory 6-litre. Standard turbochargers are also replaced, providing a larger compressor unit, more efficient exhaust manifolds and the ability to provide more boost. A new side-exit exhaust system, complete with high-flow cats, is also included alongside a more free-flowing intake module and an ECU tweak, altering injection, ignition and boost pressure. Of course, you’ll also find gold heat shielding under the bonnet too.

As you’d expect, modifications don’t stop there, with the brand’s Widestar kit adding four inches of width, plenty of LEDs, carbonfibre and Brabus branding to the exterior. Forged wheels in either 23- or 24-inch configurations can also be optioned to fit the new wide arches, wrapped in 255 (front) and 355 (rear) rubber. Brabus coilovers also lower the ride height. 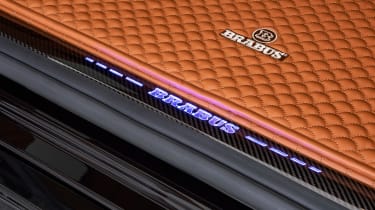 As always with a Brabus product, extensive retrimming of the interior in any colour of leather and/or Alcantara is on the menu. Brabus-branded door pins, pedals and door sill plates come as standard. 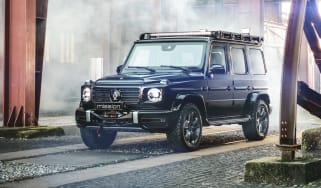 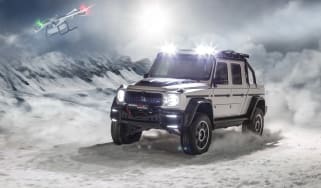