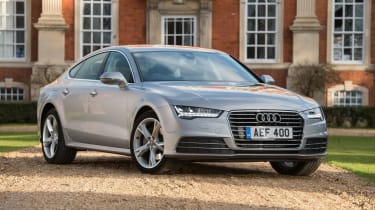 All A7s have self-shifting transmissions, the seven-speed dual-clutch S Tronic on everything bar the biturbo diesel, which gets an eight-speed Tiptronic automatic. Apart from the front-wheel drive ultra, all A7s are quattro all-wheel drive cars too, and the drivetrains are beyond reproach; they’re punchy, quiet and economical, while the gearboxes are smooth and fast-reacting.