Same rigid chassis, same awesome V8 – the only thing that’s gone soft on the latest Mercedes SLR is its roof 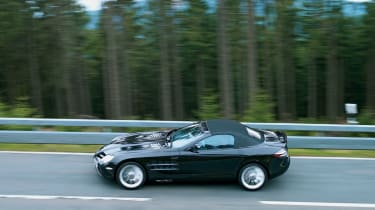