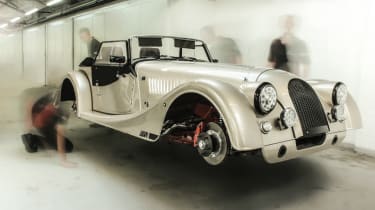 Morgan has unveiled the AR Plus 4, a limited edition special built to celebrate 65 years of its classic Plus 4 roadcar.

Featuring a 2-litre Cosworth engine putting out 225bhp, revised chassis, adjustable shocks and setup work by Morgan's motorsport division, it is the most powerful production-ready Plus 4 yet.

Just 50 examples of the AR Plus 4 will be produced. Each car will be hand built by Morgan and individually tuned by AR Motorsport.

Spax adjustable shock absorbers at front and rear will be tuned based on the buyer's request, with the car setup for either road, track or touring. The AR Plus 4's rear suspension is taken from the track-based ARV6, while the car has also had its leaf springs removed, allowing for more legroom. 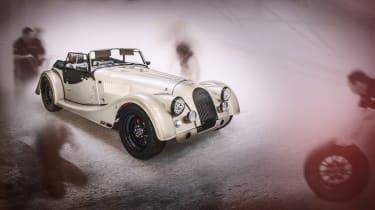 Brakes come in the form of a specially developed AR Motorsport system while stickier Yokohama ADO 48R tyres are paired up with a new lightweight wheel. Aluminium has been used rather than steel for the bulkhead, valances and floor panels in order to improve rigidity and reduce weight.

Morgan has also worked hard to improve comfort and usability with the AR Plus 4, adding soundproofing throughout the hood and body of the car which you don't see on a standard production Morgan. LED daytime running lights have also been added, as has a revised dashboard layout designed to improve usability. A 4.1 sound system has also been added. 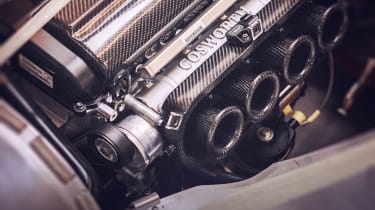 Subtle nods to Morgan's motorsport heritage feature throughout the car. Aluminium panels are left exposed, while the floor is covered in box weave carpets - a traditional finish also seen in the new Morgan Aero 8. An AR Motorsport steering wheel has also been added.

At the rear Morgan has created a new diffuser for the car as well as a twin tip centrally mounted sports exhaust. There is also a domed rear panel as a hat-tip to Morgan's racing days.