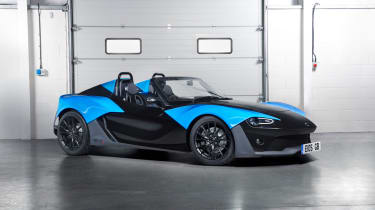 A year on from the public debut of the E10 sports car, Zenos has brought its more potent E10 S to the 2015 Autosport show. Powered by a 2-litre Ford GDTI EcoBoost lump and wearing a lightweight body, the Zenos S’ show appearance comes with confirmation it’ll be even faster than we first thought.

When we revealed the car in September of 2014, we quoted it as reaching 60mph in ‘under 4.5sec.’ We can now confirm it’ll complete the 0-60mph sprint in under 4sec, before racing onto a top speed of 135mph. 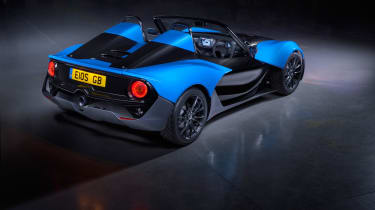 This swift performance comes thanks to the turbocharged four-pot engine’s 250bhp and 295lb ft of torque having to propel just 725kg of car forwards, sending power through a five-speed manual or optional six-speed which comes as part of the 'Track Pack'. LSD, a quick release steering wheel and track-focused suspension also come as options. 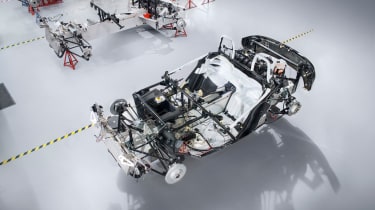 The car to come to Autosport gains a heated windscreen – the first on a Zenos – broadening the E10 S’ use and making it just that little bit more user-friendly.