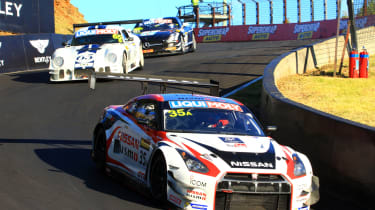 For the first time since 1992 a Nissan GT-R has won an endurance race at Bathurst. Fielding one pro and two ex-gamers as drivers, the Japanese GT3 racer crossed the line ahead of Phoenix Racing’s Audi R8-LMS and Craft Bamboo Racing’s Aston Martin V12 Vantage GT3. 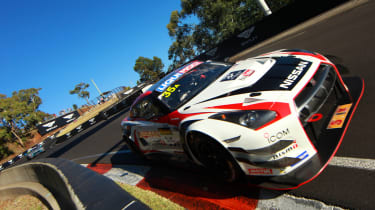 The 12 Hour race saw close racing throughout, but it was a late safety car that ensured an intense finish. As Nissan’s GT-R managed to squabble away from the pack, it was the chasing R8 and Vantage that grabbed attention. 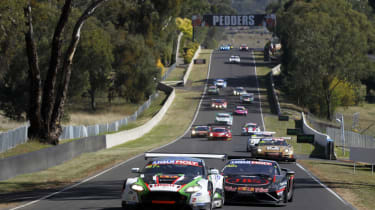 Its win confirmed once again that the world’s best Gran Turismo 6 gamers are capable of taking on the fastest professional drivers at one of the world’s most challenging circuits. 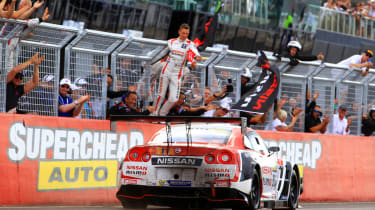 The last time a Nissan GT-R won at the Mount Panorama circuit was in 1992, when the Japanese squad scored two consecutive wins from 1991 at the Bathurst 1000.