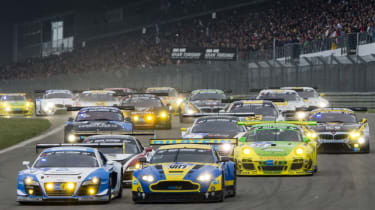 In response to the recent fatal accident at the Nürburgring, the Bureau of the DMSB (German Motorsport Association) has decided to impose speed limits for upcoming races. The new rules target the circuit’s high-speed areas, and ensure GT3 cars can compete in May’s 24-hour race.

Areas to receive restrictions include Flugplatz (the location of the recent accident), which will have a 125mph limit imposed, so too will Schwedenkreuz and Antoniusbuche. A 155mph limit will be imposed on the Dottinger Hohe Straight. 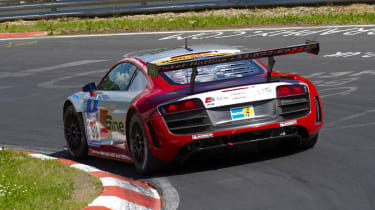 The DMSB will also implement a five per cent power reduction to all GT3 cars, and will limit spectator access to certain areas of the circuit.

While most agree these measures will reduce the chances of a car launching towards spectators in a similar way, others wonder if the enforcement of speed limits could create a new set of dangers.

Nürburgring veteran and evo’s contributing editor Richard Meaden certainly thinks so: ‘it’ll bunch everyone into a train, made up of GT3 cars and slower stuff, and then it’ll be like the Charge of the Light Brigade as GT3 cars are desperately trying to get by before they get to the next restricted section.’ 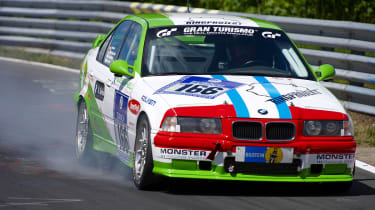 With such little time remaining before the 2015 24-hour race however, Meaden agrees the DMSB had little choice. ‘It’s not a long-term solution, but it’s the only way to keep the race running after the recent tragic events,’ he says. ‘And even long term, it’s not like they could just flatten the crests, because the cars would be going even faster and that could result in a different sort of accident.’

So how could safety at the ‘Ring be improved? Meaden thinks the cars themselves must change. ‘I don’t see how they could make the place compatible with current GT3 cars, so I think they’ve got to make the cars compatible with the track’ he explains. ‘Drastic changes to aerodynamics would make sense, but then they can’t start hobbling GT3 cars to a point that the factory teams don’t want to run them.’

Though safety at the ‘Ring has improved significantly in recent years, it’s not been able to completely escape tragedy. Numerous near misses, caused by enormous closing speeds (thanks to a large window of performance from each class) and a wide range of driver capabilities, have led Meaden to believe another ‘big one’ was almost inevitable. 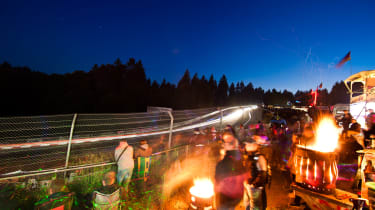 ‘The nature of the race has changed quite a lot in recent years. GT3 cars have been getting faster and faster, and there’s more of them now. It sort of feels like either they don’t belong there, or the other classes don’t.

‘It’s running top level GT3 cars with factory drivers, in the middle of a club race, on the least forgiving circuit in the world. People have been holding their breath expecting something to happen, something like a slower car moving into the way of a faster GT3 car and having a big hit.’

But we can’t forget that this is the Nürburgring: accidents will always happen here. They’ll also likely be more violent than anywhere else because of the nature of the circuit – there’s little run off and a lot to hit. 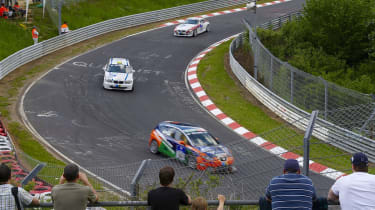 ‘It's once you start digging that you realise there are so many things that need addressing though’ says Meaden. ‘The speed limits seem like the only sensible way to reduce chances of these accidents in such a short time frame.’

Questions will undoubtedly arise with the new regulations. We know the cars’ speeds will be GPS monitored by officials, but how will teams ensure their drivers don’t exceed them? Will drivers simply be able to cycle between speed limiters?

To stop drivers braking hard on the approach to speed-limited sections, the DMSB says it will ban heavy braking. It’ll be interesting to see how this can realistically be enforced.

One thing’s for sure, the death of a spectator won't be taken lightly and GT racing at the ‘Ring has to change. The racing world waits anxiously to find out if the cars or Nürburgring itself will fall victim to the effects.

Check back for updates as we get more from the race's drivers. The 2015 Nürburgring 24 Hours will take place on 14-17 May.