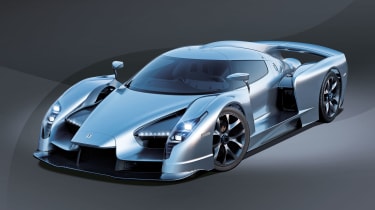 A new book on the Glickenhaus SCG 003 promises buyers one very unique opportunity; to have their name appear on the race car at the Nürburgring 24 Hours.

Called 'Inside SCG 003', the book covers the entire development of the incredible Glickenhaus SCG 003 supercar. Split into two volumes, it follows the journey of New Yorker Jim Glickenhaus' car project, from concept all the way to the race track.

Only 500 copies of the limited edition two volume production will be made priced in at €280 for the pair. Buyers will get a QR code for a 3D print of SCG 003, an alloy plate with their name engraved on the back of the book and crucially their name included on a special sticker on the Glickenhaus race car at the N24. 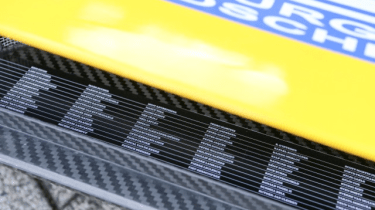 The two volumes actually have seperate release dates, with the first on sale now and the second part of the limited edition setup, which includes the milled nameplate, arriving in September this year.

Publisher WAFT promises that both books will 'beautifully unite later' but hasn't explained quite how yet.

For those not in the know about SCG 003 itself, the car is the first to come from Scuderia Cameron Glickenhaus. Part of a highly ambitious project by former movie producer Jim Glickenhaus, it's designed to be a supercar for both the road and track.

The competition version of the car will see action at this year's N24, with evo contributor Marino Franchitti behind the wheel. 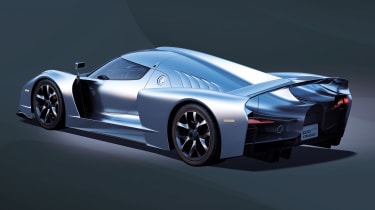 Featuring a Honda Performance Development twin-turbo V6 putting out 510bhp and a Hewland sequential gearbox, it's shaping up to be highly competitive at N24.

The road car by contrast uses and off-the-shelf Euro 6 compliant engine and an automatic gearbox.

It's the aerodynamics of the SCG 003 that impress the most, with Glickenhaus estimating an incredible 900 kg of downforce for the vehicle. That's 300 kg more than a McLaren P1.

For those interested in finding out more about the book. You can see it here.