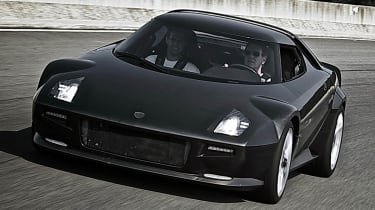 The cars of Mahindra – one of India’s largest automakers and best known in the UK for the G-Wiz electric quadricycle – could be about to get a lot more attractive.

The firm has announced its subsidiaries, Tech Mahindra and Mahindra & Mahindra, will purchase 76.06 per cent of Pininfarina’s shares from its controlling shareholder, PincarS.r.l. This purchase will be followed by an open offer to buy remaining shares in the company.

While Pininfarina will remain an independent company, listed on the Milan Stock Exchange, Mahindra sees the purchase as a way of breaking into markets like Europe, the U.S. and China. For Pininfarina, the benefits will come from Mahindra’s scale – including a presence in 90 countries and access to 780 commercial customers.

Like many Italian coachbuilders, Pininfarina is best-known for the volume production vehicles it designed in the post-war period, and counts a huge number of Ferraris since the 1950s among its best-known shapes.

However, the firm’s designers have also worked on Fiats, Peugeots, Maseratis and more, while also producing vehicles under contract for other manufacturers – in recent decades, cars such as the Alfa Romeo Brera, Fiat Coupe and Ford StreetKa have all been built by Pininfarina. 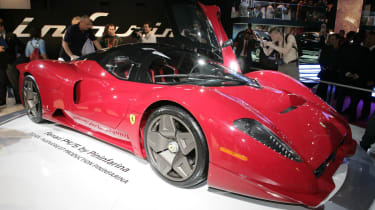 Individual commissions have long been popular too – Michael Stoschek’s stunning reimagined Lancia Stratos was the work of Pininfarina, as was Jim Glickenhaus’s Enzo-based Ferrari P4/5.

It’s unclear at this early stage how Mahindra will leverage its stake in Pininfarina to enliven its own range of vehicles – the Indian group says Pininfarina’s skills ‘enable a strong entry into automotive styling, design and development’ – but the Italian firm is no stranger to working on humbler projects. In recent years, it has penned shapes for Chinese automakers Brilliance and Chery, and previously undertook projects for Hyundai and Daewoo.

Pininfarina is sure to continue its work with more prominent manufacturers though. ‘In a globalized world, entrepreneurship and capital do not need a passport,’ said Paolo Pininfarina, chairman at Pininfarina S.p.A.

‘We are joining hands with a $3.9 Billion Technology & Global partner, and part of the $16.9 billion global Mahindra Group, which will not only strengthen our Italian identity but will open more doors.’