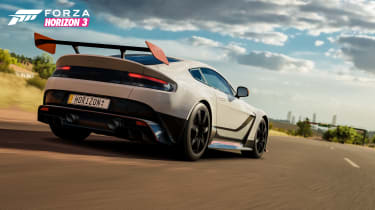 Forza Horizon 3’s car list is rapidly becoming the most eclectic selection of vehicles we’ve ever seen announced for a video game.

350 cars strong, Forza has been gradually trickling out vehicle announcements in the build up to the game’s launch on September 27. The latest list to be unveiled includes the Aston Martin Vantage GT12 and the 2017 MY Nissan GT-R.

evo spoke to Playground Games’ Creative Director Ralph Fulton, who explained that picking cars for the game involved looking at things through a number of different lenses.Primarily, what was the most exciting and cutting-edge during the build up to the launch itself, hence why the Lamborghini Centenario is the cover car for Horizon 3. 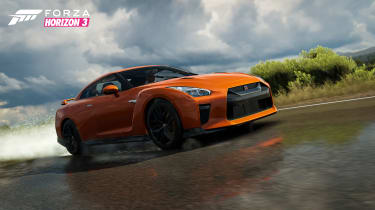 On top of that Playground Games was “always trying to source and research hard-to-find classic cars, and bring fan favourite and cult classics to the game as well.

There are a few of those which I’m delighted we’re finally introducing to the series which I know our fans will love.” said Fulton.

Indeed, a quick look at the cars already announced includes the likes of a Renault Clio Williams and a Lancia Delta S4.

Previous Forza Horizon games have seen you taking part in a make-believe automotive festival, surrounded by a microcosm of the best driving roads featured in the country the game is set in. For Horizon 3, things take place in Australia, mixing city and B-road driving with off-road tracks. 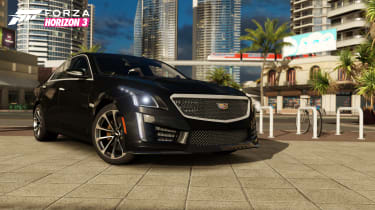 “The team at Playground Games travelled to many destinations throughout Australia to explore and capture massive amounts of locational data that was used to shape the photorealistic environments found in Forza Horizon 3.”

“Our goal in the game was to mix the authentic variety of Australia with our own experience and instincts for making fun, open-world racing environments. When it comes to road building, we gather extensive reference of all the roads in the area, by driving them, and use that reference to create a driving experience which is both realistic and fun.” explained Creative Director Ralph Fulton.

Horizon's road choice has always been good, but always fallen just behind that feeling of the ultimate driving road. This time round, Playground Games have gone even further in an attempt to absolutely nail things. The research put into creating a digital miniature version of Australia involved months of reconnaissance and research trips.

“Once we’d identified the areas we wanted to include, we sent teams to research each on the ground. They drove the roads, filming in HD everywhere they went, and they stopped to photograph everything we’d need to build the game: road surfaces, buildings, fences, trees, rocks, everything.” 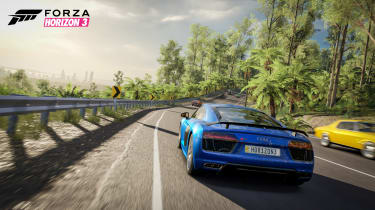 “We use a cutting-edge technique called ‘photogrammetry’ which allows us to turn hi-def photos of objects into game-ready 3D models and that’s how the rocks and tree trunks, among other things, look so realistic in our game.”

“We also created an entirely new technique for capturing authentic Australian skies using a custom-built, 12K HDR camera rig and we camped for the entire summer in a field capturing everything the sky did during that time. These images were brought back to the studio and fed through a custom process that streams the data into our system, producing the most dynamic, evolving skyscapes ever seen in a game.”

Ultimately though, it’s the cars which make Forza Horizon exciting. Below is everything new announced this week for Horizon 3, including the just announced Vantage GT12, GT-R and Cadillac CT-S V.