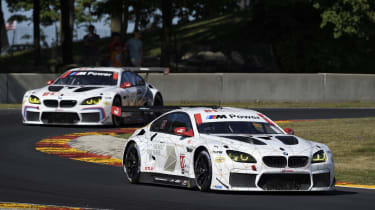 BMW has confirmed it will enter a factory team in the 2018 FIA World Endurance Championship, competing in the competitive GTE category.

The decision will see the Bavarian marque compete head-to-head with Aston Martin, Corvette, Ferrari and, of course, Porsche (and Ford if it sticks around long enough with its GT racers) in the most hotly contested of WEC categories.

No announcement has been made as to which car BMW will base its entry on, but the expectation at this stage is that the factory will develop the current M6 GTLM model to comply with the WEC’s GTE regulations. By 2018 BMW will also have a GT4-spec M4 GTS. BMW has not yet confirmed how many cars the factory will run.

The decision will see BMW return to endurance racing for the first time since it left the sport in 2011 when it raced an M3 GT. BMW won the Le Mans 24 Hour in 1999 with Pierluigi Martini, Yannick Dalmas and Joachim Winkelhock bringing the V12 LMR home to victory. 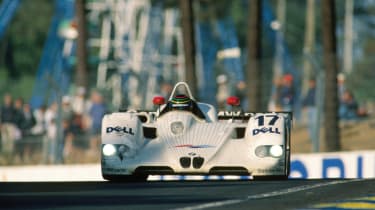 BMW has also confirmed its future motorsport plans. It will continue to compete in Germany’s DTM series with the M4, and has announced a two year technical cooperation with the Andretti Formula E team with an option to enter a full works team for the 2018/19 season. The company will also continue to support customer teams competing in the IMSA WeatherTech SportsCar Championship in the United States with the aforementioned M6 GTLM.

Further within the group, Mini will continue to compete in the Rally Raid championship, including the Dakar Rally, although driver Harry Hunt has announced he is leaving the team to join Peugeot and replacement has yet to be announced.

BMW’s decision to join WEC and continue its support of the other major global series is another blow to Formula 1 as it continues to struggle to attract car manufacturers. BMW left Formula 1 seven years ago. Currently Mercedes, Ferrari and Renault support F1, compared to the eight works teams WEC currently enjoys the support of.