Mark Webber retires from racing, but stays with Porsche 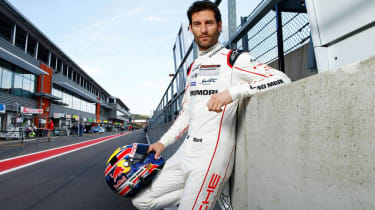 Nine-time Formula 1 Grand Prix winner Mark Webber has officially announced his retirement from racing at the end of the 2016 World Endurance Championship season.

Currently a factory driver for Porsche in the WEC, the Australian has confirmed that the 6 Hours of Bahrain on November 19 will be his final drive for the squad - but he will retain ties with the company as a special representative.

Webber has long been one of the more popular drivers in modern motor racing, stemming largely from a run of entertaining seasons as part of the Red Bull Racing team, over which he often traded places, paintwork and stern words with his arch rival and team mate, Sebastian Vettel. 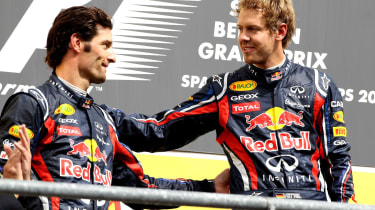 While Webber was unable to beat his German rival over the course of a season, he secured nine Grand Prix wins between 2009 and 2013, retiring from F1 at the end of that season to join Porsche in the WEC. He has since taken seven wins in the endurance series, as well as the 2015 championship, and finished as high as second in Le Mans in 2015.

But the Australian also provided endurance racing with one of its most iconic images in 1999, when his Mercedes-Benz CLR flipped into the air not once, but in two successive sessions during that year's Le Mans 24 Hour weekend.

Those incidents spurred Webber's return to single-seater racing - having competed in Formula 3 before his first sports car run - and after a successful test with Benetton in 2001, Webber signed with Paul Stoddart's Minardi squad for 2002. 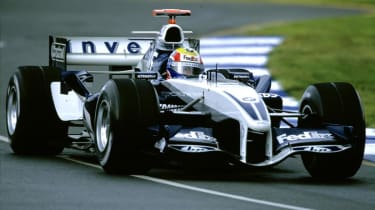 On his debut in Australia he scored two points for the team - Minardi's only points all season and enough to score a vital influx of cash for the perennial back-markers. Webber then moved to Jaguar in 2003-2004 and Williams in 2005-2006, but it was the move to Red Bull, with its relaxed team environment and steadily-improving car, that allowed his talents to really shine.

In his retirement announcement, Webber says he will "miss the sheer speed, downforce and competition", but adds that he is looking forward to working with Porsche in his new role, where he will represent the brand in global events, act as a consultant, and contribute to talent research and driver training alongside the brand's other ambassador, Walter Röhrl.