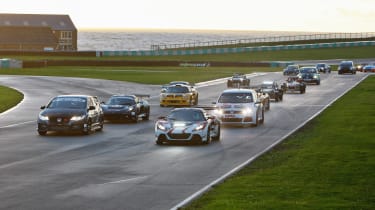 The pair, along with British Touring Car driver Tom Onslow-Cole and businessman Paul White will race a Milltek-backed Volkswagen Golf at the Anglesey endurance race, a now-annual figurehead for Mission Motorsport’s efforts to help rehabilitate those whose lives have been affected by military operations.

Butterworth, who lost his left arm following an attack during his service in Iraq in 2007, has since competed at the Paralympic games in both London and Rio – winning gold as part of the Team Sprint in Rio earlier this year (one of 64 golds achieved by British Paralympians during the games).

He’ll also join eleven other wounded ex-servicemen, racing in eight different teams at the event, where over 40 ex-servicemen and women will take on roles, from racing through engineering to photography and PR. 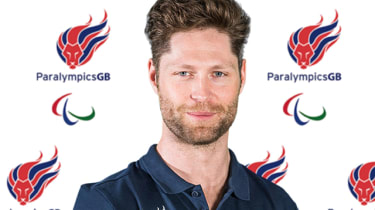 The race itself both supports Mission Motorsport’s rehabilitation efforts, and remembers those killed in combat as part of the Remembrance Sunday weekend. Uniquely at a motosport meeting, the race pauses for a remembrance service following the night’s racing – after which competition restarts as drivers race towards the 1000km mark.

Jon-Allan still has work ahead of him before the weekend’s racing. Unlike Hoy, who comes into the event from a burgeoning motorsport career that this year included participation in the Le Mans 24 Hours, Butterworth must still score his racing license – something he intends to achieve on Wednesday.

The 2016 Mission Motorsport Race of Remembrance starts at 4pm on Saturday, 12th November, at the Anglesey Circuit in North Wales.