Prodrive moves into Rallycross with a mighty new Renault Megane 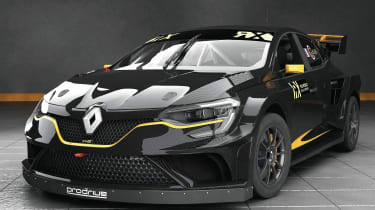 After entering races in 2015 and 2016, successful driver Guerlain Chicherit has formed his own team, GCK, to enter the World Rallycross Championship, and signed on motorsport experts Prodrive to create his rallycross car.

Prodrive is developing GCK a new Renault Megane ‘Supercar’ WRX. It’s designed from the ground up based on the latest, fourth-generation Renault Megane, and is entirely developed in-house at Prodrive’s Banbury HQ with a bespoke 2.0-litre engine providing power. 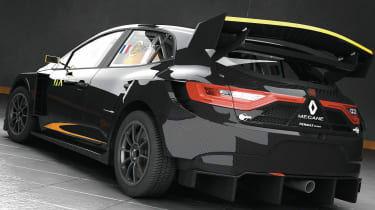 It has long been an ambition of ours to compete in the FIA World Rallycross Championship,” said Prodrive chairman, David Richards.

“It is the fastest growing motorsport series in the world and gives us the opportunity to use all our engineering experience to create a car capable of winning the World title.”

Chicherit is a former Free Skiing World Champion and has cut his driving teeth on the Cross Country Rally world cup, the Dakar rally and stunt driving. He’s had some experience in World RX, too, competing in six events since 2015. Chicherit’s former car, the MINI RX of team JRM Racing was also developed by Prodrive. 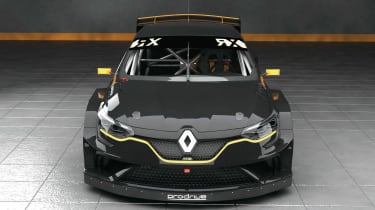 “Guerlain is obviously a very talented driver and we look forward to working with him and developing a race car that both he and Renault will be proud of,” said Richards.

Chicherit added: “I’m so stoked to be working with the guys from Prodrive to build what has been my dream for a long time. I know that with the right team and the support we have, we’ll be able to produce a car that will really make an impact in the paddock. I absolutely trust Prodrive to build the best car and I’m excited to bring my brand and partners to the Championship in 2018.”