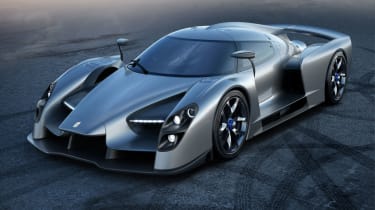 The Scuderia Cameron Glickenhaus SCG003C has become a familiar shape in the Nurburgring paddock, having competed in various rounds of the VLN championship. Regular evo readers will know all about it from our 2015 track car of the year test, and when we raced it in the 24 hours of the Nurburgring in issue 218.

But SCG’s cars will no longer be confined to just race circuits, as the company will reveal a road-going supercar that has directly evolved from its race car at this year's Geneva motor show.

The new road car will be called the SCG003S, rather than the race car SCG003C. The S at the end of the new car’s name stands for ‘stradale’ (‘road’ in Italian), while the race car’s C is short for ‘competizione’ (you can guess what that’s Italian for).

The road car will be significantly more powerful than the Glickenhaus race car. The 3.5-litre V6, restricted to around 480bhp because of its class regulations, will be replaced with a twin-turbocharged 4.4-litre V8. The new engine will produce 789bhp at 7000rpm and 627lb ft of torque at 5900rpm.

The steering wheel will also include a Ferrari Manettino-style dial that will allow the driver to switch between four different driving modes: Track, Sport, Comfort and Rain. A further dial, that’s only operational in Track mode, allows control over the traction control. 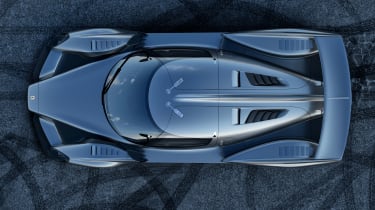 Like the race car, SCG003S has a full carbonfibre chassis and bodywork, with double wishbone front and rear suspension. But as this is actually a road car there are all the mod cons you’d expect from a modern supercar. There’s air conditioning, and multiple screens for the satnav, external cameras and ones that allow smartphone mirroring.

SCG expects its new road car to reach 0-62mph in less than three seconds and go onto a top speed in excess of 217mph. But it’s SCG’s familiar stomping ground of the Nurburgring where it expects to make its biggest impact. It predicts the SCG003S will be the fastest road legal production car around the Nordschleife with an estimated time of 6:30sec.

> Read about the current quickest times around the Nurburgring Nordschleife

The estimations have been made using data from the SCG’s race car during its time in competition. To help it achieve such an incredible time, the SCG003S borrows many of the race car’s innovative aerodynamic features that help it produce significant amounts of downforce, including a flat floor and rear diffuser.