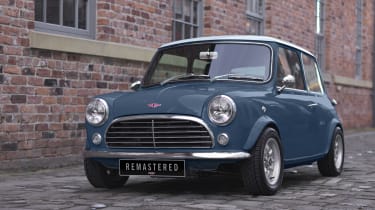 Artisinal car manufacturer David Brown Automotive has launched its second model after the much-coveted Speedback GT. While the Speedback GT is an Aston Martin DB5 re-embodiment based on Jaguar XKR underpinnings, the second model is a overhauled icon - the original Mini. Like the Speedback GT, the Mini Remastered offers a thoroughly modern ownership experience wrapped up in a classical bodyshell, and is aimed at the sort of people who find a current-gen MINI just too common.

Based off a significantly reworked classic Mini chassis, the Mini Remastered employs bespoke bodywork designed to tighten the originals cars shut lines and de-seam the bodywork of the originals weld points. Looking pleasingly familiar, there aren’t many obvious aesthetic differences from the original, aside from a reformed grill and contemporary lighting elements front and rear. 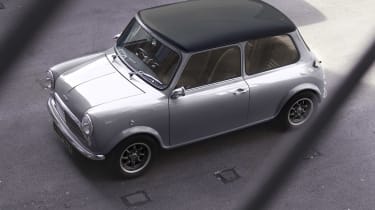 After undergoing an exhaustive four-week painting process, the cars are then fitted with a brand new interior, bringing with it some modern day conveniences like an infotainment system with Apple carplay and keyless go. The interior is trimmed in the same British-sourced hide that is used in the Speedback GT, available to the owner’s own specification.

Under the diminutive bonnet sits a heavily reworked and modernised version of the 1275cc four-cylinder engine and 4-speed manual gearbox from the original. Said to produce 50% more power than in its original specification, David Brown Automotive’s engineers have worked to dramatically improve driveability and reliability. 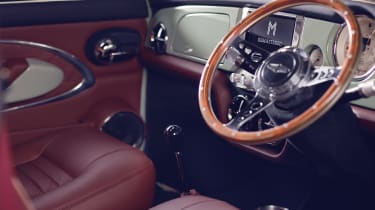 Prices begin from around £50,000, though the examples seen here are closer to £70,000. We suspect very few owners will pay the base price, as the totally bespoke nature of the David Brown conversion means the sky is the limit when it comes to personalisation and individual touches.

The Mini Remastered will be shown to the public at the Top Marques event in Monaco, before being available to order in extremely limited numbers.