Kicking off with the 6-hours of Silverstone, the WEC promises a close season, especially between LMP1 teams Porsche and Toyota 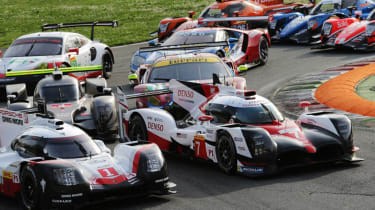 The first round of the 2017 FIA World Endurance Championship is opening with the 6 Hours of Silverstone this Easter weekend, held at the famous Northamptonshire circuit.

The host series of iconic races like the Le Mans 24-hour and the 6 hours of Spa-Francorchamps, the WEC is about to kick off with extensive driver changes, the withdrawal of an iconic team and a newly revitalised GTE Pro class to increase track speeds and competitive racing.

Click here for our guide to the Le Mans 24 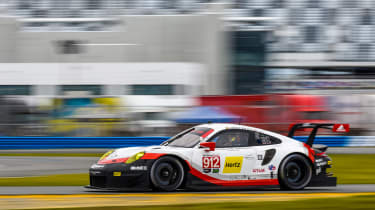 Fresh from a winter of continued development, factory LMP1 teams Porsche and Toyota will be entering the 2017 season with significantly upgraded cars. If there is a team that seems to be missing you would be right, as Audi, one of the most successful teams in modern endurance racing history bows out to let Porsche take the WEC reigns on behalf of the Volkswagen group.

With Audi and its diesel-led domination now over, the LMP1 class has now totally transferred to petrol hybrid power, with both LMP1 cars featuring hybrid drive units which make up to half of the total power output of the race car matched with petrol internal combustion engines. 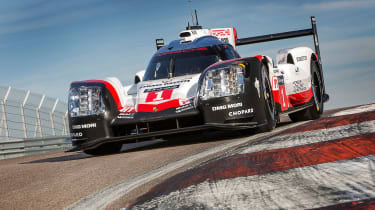 After winning the championship in 2016, Porsche has built on the previous 919 Hybrid’s basic chassis, improving power and efficiency in the power unit. Using the same turbocharged engine 2.0-litre V4 and 8MJ hybrid system as the 2016 car, Porsche insist that the car is still 60-70% all new and should help keep the increasingly threatening Gazoo Racing Toyota behind in the standings.

Click here for our drive of Audi's 2011 Le Mans racer

Porsche’s driver line up has also undergone a significant change, with only Neel Jani to remain in the number one car. Jani will be joined by ex-Audi driver Andre Lotterer and 2015 Le Mans winner Nick Tandy, while the now retired ex-F1 driver Mark Webber will be replaced by Earl Bamber in car number two. 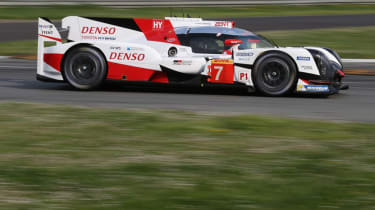 Despite boasting an extra 100bhp over the Porsche, Toyota has much to prove in the 2017 season after a promising, but inconsistent 2016 season. With an all-new power unit, the TS050 Hybrid utilises a turbocharged 2.4-litre V6 along with the same 8MJ hybrid unit as in the Porsche. Along with the power advantage, Toyota is hoping its new car will improve on the reliability issues that arguably cost it a Le Mans win last year and challenge Porsche for the title championship.

With development shared across Japan and Germany, the TS050 is the latest part of Toyota boss Akio Toyoda’s intention of making Toyota a real player in world sport and desirable sports cars once again.

Of course the WEC is not just about alien-like LMP1 cars, with Porsche, Aston Martin, Ford and Ferrari all pushing factory backed entries into the GTE Pro further down the field.

For 2017, the FIA has introduced new regulations aimed at increasing track speed and competition within the 4 main factory teams. 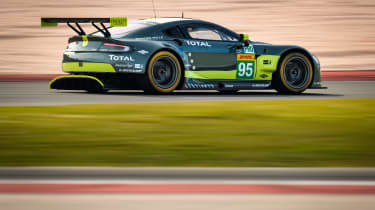 Aston Martin will be entering the V8 Vantage GTE once again to try and hold on to its 2016 season triumph. Sharing a 4.5-litre V8 with the 2016 entry (and indeed the road car on which the GTE is based), Aston Martin hope the proven and crucially reliable Vantage will have what it takes to continue its form within the sport.

Porsche is not resting on its laurels for 2017 though. After taking the LMP1 class title last year, it is hoping to do the same in the GTE Pro class with an all-new for 2017 911 RSR. In a controversial move, the new 911 RSR eschews the rear-engined layout of its forbearer and road car namesake, placing its 4.0-litre flat-six engine ahead of the rear axle for the first time. 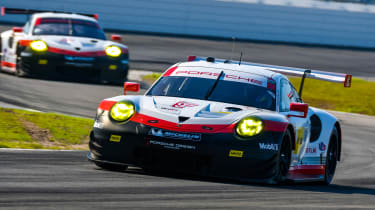 Aside from igniting outrage from Porsche aficionados on various online mediums, Porsche will also have to come to terms with setting up the completely new car from scratch, an effort that team bosses have noted will be a challenge coming into the 2017 season.

Ferrari will also be launching a new car for the 2017 season, running a 488 GTE based on its 488 GTB road car. Closely related to the 458 GT2 race car of the 2016 season, the big change for the Ferrari is the adoption of the 3.9-litre turbocharged engine from the road car. 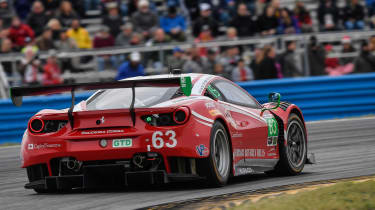 As is the way with modern road cars, the race versions actually have a drop in power compared to their road car cousins, but whereas power might not be effected to much of an extent, Ferrari expect that the significant growth in torque will help the Italian fight for the championship, as well as cleave off historical rivals Ford.

Speaking of which, Ford Performance will be entering the GT for its second year, and after showing impressive pace in its inaugural season, will enter with the intention of improving reliability and consistency across the whole year. 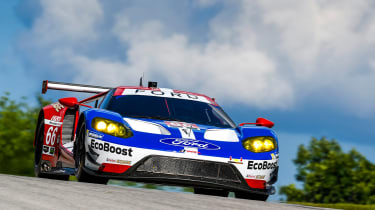 Ford quickly proved their worth after taking the class win at the Le Mans 24-hour race last year, but failed to capitalise on that success over the course of the WEC season. Running a turbocharged 3.5-litre V6, based off its still to be released road car sibling, Ford hopes its efforts will help the American brand succeed beyond Le Mans and challenge for the 2017 season.