The 2017 Le Mans 24 Hours lived up to its punishing, spectacular reputation - and denied Toyota a win once again. 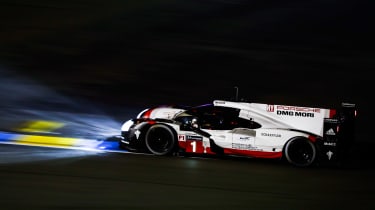 Heartbreak, adulation, surprise and bewilderment; these adjectives may only go part of the way in describing the weekend that was this year’s Le Mans 24 Hours. As it is every year, the result was entirely based on merit, yet you cannot help but feel a little disenfranchised by the way the race panned out.

The LMP1 class has been a head-to-head all year between the Toyota GAZOO Racing Team and Porsche LMP Team Porsche, but despite a cracking qualifying lap, the #7 Toyota TS050 of Conway, Kobayashi and Sarrazin retired just 10 hours into the race following a clutch problem. The disappointment came after two prior years of Le Mans heartbreak for the Japanese team and despite it holding top spot overall in the WEC Championship this year.

Porsche’s two cars both ran into their own reliability issues spending significant time in the pits for repairs, but it was the #2 919 Hybrid of Timo Bernhard, Brendon Hartley and Earl Bamber who defied the odds and fought back to take the lead from the #38 DC Racing Oreca LMP2 car with just one hour and six minutes left in the race. The #1 919 of Lotterer, Jani and Tandy was not so lucky, eventually retiring in the 21st hour with engine oil pressure issues. It was a tough year for the LMP1 class, with all the cars struggling with reliability issues. 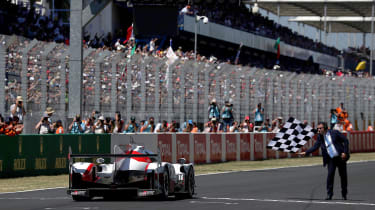 It was a more competitive and clear cut race in the GTE-PRO class, with a thrilling last minute scramble between the #63 Chevrolet Corvette and #97 Aston Martin Racing Vantage in the closing stages of the race.

Running contrasting racing strategies, the Corvette and Aston Martin reached a climatic battle for first place in the final 45 minutes of race time. After looking like it would hold off the advancing Aston Martin, the Corvette got a puncture on the final lap, causing the American car to slow and giving the Aston Martin the win following a tumultuous 24 hours.

Behind the winning Aston Martin of Turner, Adam and Serra, Chip Ganassi's #67 Ford GT entry with Derani, Tincknell and Priaulx at the wheel slipped in front of the injured Corvette for a second place in the GTE PRO class.

A lap of Le Mans

Following last year's heart-wrenching failure, Toyota threw everything at this year's Le Mans 24 Hours - and there's no better indication of that than Kamui Kobayashi's first flying lap in the second qualifying session.

With a largely clear track and the TS050 Hybrid on top form, Kobayashi achieved an astonishing 3m14.791s around La Sarthe, taking around two seconds from the previous circuit record. It's a sign of just how fast the modern Le Mans Prototypes have become - before F1's boost in performance this year, the top WEC runners weren't a great deal behind Grand Prix car pace. 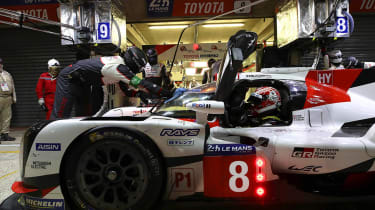 The world’s most famous endurance motor race, and an event that stretches back to 1923. It’s also the third round of the World Endurance Championship, and an important round at that - competitors score double points at Le Mans, so victory there puts a team in great shape for the championship.

Last year's trio of Porsche winners, Marc Lieb, Neel Jani and Romain Dumas, took championship victory despite failing to win another race after Le Mans. It may be a fantastic spectacle, but Le Mans is anything but an exhibition race. 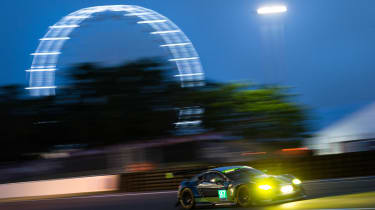 Where is the Le Mans 24 Hours?

It’s held at the Circuit des 24 Heures or “Circuit de la Sarthe” in northern France, which sits between the towns of Le Mans to the north and Mulsanne to the south. The latter gives the circuit one of motorsport’s most evocative strips of tarmac - the Mulsanne Straight - as well as the tight Mulsanne corner that brings about its end.

The circuit layout has changed little since the Second World War, but some sections, including the run down towards the Indianapolis and Arnage, have remained largely the same - reprofiling and circuit safety measures aside - since 1923. Probably the biggest change in recent memory was the introduction of two chicanes along the Mulsanne Straight, in 1990. Prior to this, some competitors had topped 250mph along its 3.7-mile length.

Overall, the current layout of the circuit comes in at 13.629 kilometres, or just under 8.47 miles. 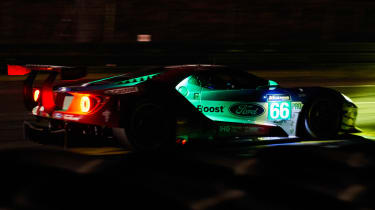 Who races at the Le Mans 24 Hours?

This year the provisional entry list comprised 60 runners, split across four classes: LM P1, LM P2, LM GTE Pro, and LM GTE Am. There were no 'Innovative class' entries in 2017 - last year Oak Racing fielded an LM P2 car with a quad-amputee driver, Frédéric Sausset at the wheel, and the class has previously seen entries such as the DeltaWing and Nissan ZEOD RC.

The biggest change for 2017 was that Audi Sport were not be present, having closed down its World Endurance Championship program. That left LM P1 looking a little stark at the top, with two entries from Porsche (919 Hybrid), three from current WEC leaders Toyota Gazoo Racing (TS050 Hybrid) and one from the Bykolles Racing Team, powered by Nismo.

LM P2 was the busiest prototype class with 25 entries, while GTE class cars are those based off road-going vehicles, including the Ferrari 488 GTE, Chevy Corvette C7.R, Porsche 911 RSR, Aston Martin Vantage, and last year's winners, Ford Chip Ganassi with the Ford GT. 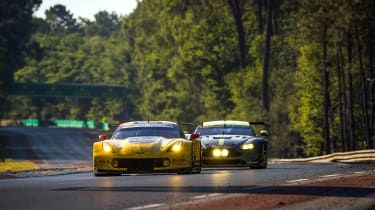 How can I watch the Le Mans 24 Hours?

If you’re planning to be there in person - and you’re cutting it fine if you haven’t already organised something - Le Mans is one of the great motorsport experiences.

It’s hard to know where to start. You can choose to stay up for the entire race, appreciating the incredible spectacle of the cars racing through the Porsche Curves or the Esses at night and seeing the sun rise through the Dunlop bridge. If you get some sleep, there’s the unique experience of waking up in the morning to the sound of cars still circulating - or the odd sensation, under full-course yellow flags, of hearing the track go silent. You could simply listen to the race on the brilliant Radio Le Mans feed and spend the weekend getting drunk in a muddy campsite, an option chosen by thousands every year.

And if you’re at home? Well, the radio feed is your constant companion. If you want to flop in front of the TV then the whole event is broadcast on Eurosport, which starts its official coverage at from Wednesday June 14th and broadcasts the entire race live. It’s worth searching some of the front-running teams on the day, too - in the past, teams like Audi and Nissan have broadcast live, 24-hour on-board feeds from their cars. 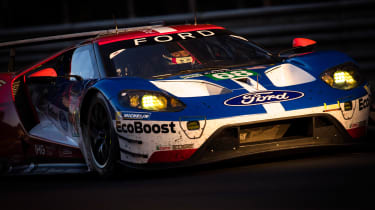 Why should I bother?

Because every single year, the racing action at Le Mans belies the race’s length. While a 24-hour event is undoubtedly a test of endurance, the top teams are now so technologically advanced and have developed cars of such reliability that they can effectively race flat out for the entire day.

And while mishaps and mechanical maladies do still occur, that’s all part of the drama.