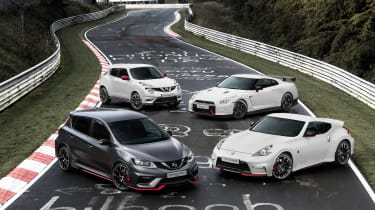 Nismo already offers a varied range of vehicles in different markets, from the Juke NISMO RS here in the UK to a full-size off-roading Patrol Nismo in the Middle East. However, don't think of Nismo in its current state as a shortcut to driving supremacy like Ford's ST badge - the company produces everything from barely-fettled bodykit jobs to extensively re-engineered supercars like the GT-R Nismo.

> Click here for our drive of the NISMO GT-R 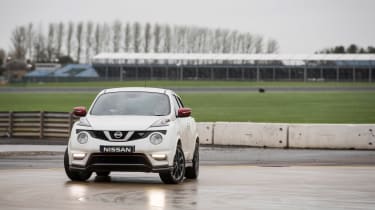 The new department is set to remedy that, not only making Nismo models more consistent, but also expanding the number of different Nissan models that receive the Nismo treatment.

Current global sales of Nismo models sits at around 15,000 units globally, but Nissan wants to dramatically increase this number by expanding the division. Mercedes-AMG, for comparison, hit record highs in recent years and sold over 68,000 units in 2015.

Nissan has so far released the Juke, 370Z and GT-R in Nismo guise here in the UK, but with hot hatchbacks more popular than ever, we would be surprised if the re-invigorated Nismo doesn’t set its sights on the all-new Micra soon. Watch this space...