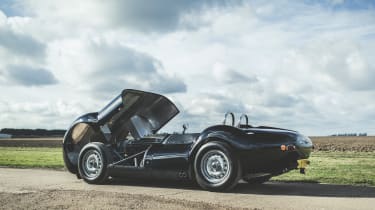 Following the success Jaguar has had with its re-commissioned E-type and XKSS, historic British manufacturer Lister has decided to enter the fray by building a road-going version of its iconic Knobbly race car from the 1950’s.

The new Lister Knobbly will be an original specification continuation car that is eligible for road registration and as such, full road use. Built on the same rigs as the original cars, the new constructions will be built using the same techniques as the originals, even utilising the same Jaguar-sourced engine block.

The Jaguar D-type sourced straight-six will be hand-built by British engineering firm Crosthwaite & Gardiner using a variety of heavily remanufactured or new parts. The engine will be paired with an original 4-speed manual gearbox, and despite the ‘old school’ technology, will still produce a claimed 330bhp – enough for the 787kg car to hit 60mph in just 4.3 seconds. 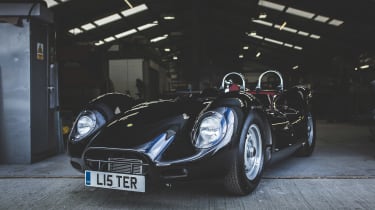 Built on the same tubular chassis as the original car, the aluminium bodywork will be hand-beaten in-house. Overlooking the whole process will be three original Lister engineers - bought out of a peaceful retirement to come back to work. It is estimated that the bodywork alone constitutes over 500 man-hours to complete.

Lister is rightly proud about being the only manufacturer having built a fully road-legal continuation racer (other continuation racing cars like the lightweight Jaguar E-Type are not homologated for road use) stating: “This is a hugely important step for us, making Lister the first to be able to offer our enthusiastic clients the excitement and thrills of driving a historically significant race car on the road. Our new road legal Knobbly also paves the way for more future road-going Lister models too.” 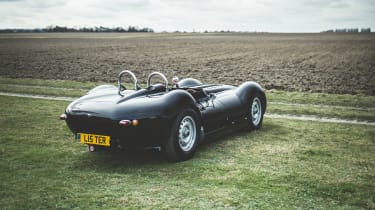 In order to be eligible for road use, the road-going Knobbly will exhibit some minor changes from the original racing version, notably beefed up roll-over protection, indicators, a padded leather dashboard, rear view mirrors and number plates among other subtle changes.

Just 10 Lister Knobbly continuation models will be produced out of the company's Cambridge HQ, with production due to commence in September this year for customer deliveries next summer. Prices will start at £225,000 for versions with a 4.2-litre wet-sumped engine, while the 3.8-litre car with a dry sump lubrication system will be £295,000.