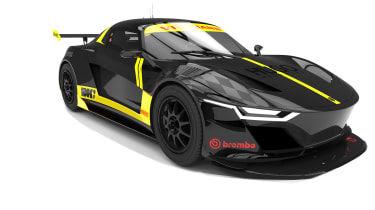 Plenty of small manufacturers have a go at taking on Lotus at its own game – namely, creating super-lightweight, high-performance cars with handling as a priority. The latest company to do so is Agile Automotive.

A Denmark-based manufacturer, Agile’s portfolio consists of two models – the softer SC122 and the extreme SCX. The SC122 looks set to take on the likes of the Lotus Exige, with a lightweight body and supercharged 3.5-litre V6 engine mounted amidships.

It’s more powerful than the Lotus, though – Agile claims 419bhp will be available, coupled to a five-speed manual or seven-speed sequential race transmission. Customers after slightly less power can opt for a less fruity, naturally-aspirated V6 if they want to, though. 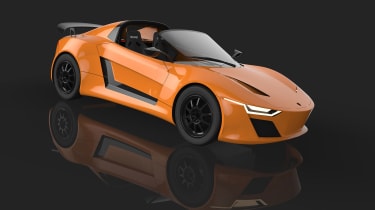 The SCX is a rather more focused offering. The name stands for Sports Car eXtreme, and it’s more along the lines of the Ariel Atom than anything else. Power comes from a 2.0-litre engine delivering either 178bhp in naturally aspirated form, or 247bhp in supercharged guise.

The lower power figure shouldn’t translate into a lack of performance, though – the super-lightweight SCX does without any ‘unnecessary’ body panels, and therefore lacks a windscreen, doors, or roof.

Both cars are constructed largely of carbon-fibre, further adding to the lightweight ethos. What’s more, they aren’t just toys for the track, as Agile Automotive will sell you an SC122 or SCX in one of two forms – road legal, or fully stripped-out track day spec.

No formal prices have surfaced for the SC122, but the SCX starts from £56,663 according to Agile Automotive's website. That's converted directly from Danish Kroner and excludes local VAT.

Whether Agile Automotive will ever progress past the status of a bit player is hard to predict, but we’ll be interested to follow its progress. After all – the market can never have too many lightweight, mid-engined, carbon-fibre roadsters.