Speedmachine – a festival for car lovers 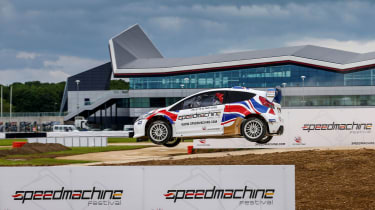 Is Glastonbury’s music to engine noise ratio all wrong for you? Not enough burning rubber at Reading or Leeds? And would you like to see a few more donuts at Download? Well you’re in luck. A new festival, one for people who don’t mind being woken by the sound of crackling from an anti-lag system, the squeal of tyres and the chirp and whistle of a turbo, has been announced. Called Speedmachine it will be held at Silverstone from the 25th – 27th May, 2018.

But, of course this isn’t the first or only car-centric festival – it isn’t even, really, Silverstone’s only days-long motor extravaganza – but it certainly aims to be different. If the Festival of Speed or Silverstone Classic seem a bit tame, serious and grown-up then Speedmachine will be right up your street. Firstly, the event is focussed around a brand new rallycross track that’s been built in the centre of Silverstone’s Stowe Circuit, as the festival plays host to the British round of next year’s World Rally Cross Championship; arguably the most stimulating motorsport currently running.

> Find out what it's like to drive a WRX car

The high-octane, high-adrenalin nature of WRX sets the tone for the rest of the festival. So although the organisers might say it’s a festival for everyone, that isn’t the case. Those of whom are fans of scurrying away into quiet woodland, listening to acoustic music, wearing lots of tie-dye and eating exotic mushrooms probably won’t like the idea of most of the activities at Speedmachine. Race car and drift demonstrations will punctuate the rallycross heats, and there will be opportunities for attendees to drive new cars on the main circuit. There will also be a large area dedicated to racing simulators and e-gaming. 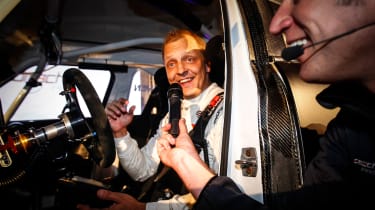 Although we’re yet to experience a proper Speedmachine weekend, if the preview day was anything to go by, we’re pretty sure the main event is going to be loud and exciting.

The organisers of Speedmachine know, no matter how much you like them, you might want the occasional break from watching cars, driving cars and hearing cars, even if it’s just for a minute or two. So as well as the petrol-powered shenanigans there will be plenty of music including live concerts from ‘top music headliners’, which have yet to be announced, and DJ sets.

> Read about Silverstone's plans for a new museum

They also know that you’re going to want to eat and drink. But rather than the usual soggy chips and bacon cobs you’d expect at a UK race circuit, the places to eat at Speedmachine will be serving up high-end street food. If that’s a gastronomic genre you’re not familiar with, expect fried meat and some sort of pickle in a brioche bun and you won’t be disappointed. 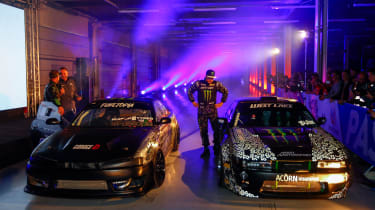 Thanks to having hosted a Formula 1 race for almost 70 years, Silverstone has the facilities and infrastructure to handle thousands of people for over three days. There are dual carriageways right to the door, enough parking and, most importantly, plenty of lavatories. That’s not to say there won’t be any traffic disruption or dubious hygiene issues at all, but the circuit is already better suited than a certain Somerset farm.