High-speed action, static displays and live music this weekend in Coventry, and all for free 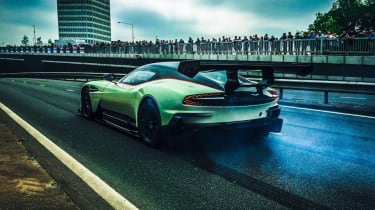 Shutting down part of a city’s ring road to turn it into a sprint track and occupying the centre of said city with a static show for two days is ambitious. Yet that’s exactly what Coventry Motofest is. This weekend (Saturday 3rd and Sunday 4th June 2017) the city known for hosting Lady Godiva’s horseback nude streak will accommodate the two-day car festival. What’s more, the event is free to attend.

If you’re going to have a show dedicated to cars there isn’t a more appropriate place in the UK than Coventry. The West Midlands was the hub of Britain’s car industry, and Coventry was home to numerous manufacturers during the 20th century. Manufacturers such as Peugeot and Jaguar still have headquarters there and there’s a transport museum right at the heart of city.

> Read our review of the Peugeot 208 GTI by Peugeot Sport

For the festival, a section of the city’s inner ring road will be a dedicated sprint track. Cars will leave a start line on one side of the carriageway, navigate a few fast corners then around a hairpin bend before retuning up the other side of the road back to the start/finish line. 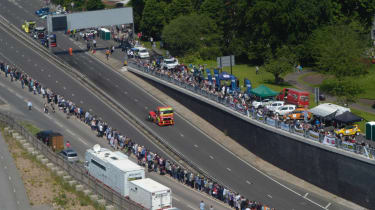 Racing trucks and bikes, as well as cars will perform demonstrations on the closed road. The Mini Cooper S that Timo Makinen won the 1965 Monte Carlo rally in has been confirmed as one of the cars taking to the track. This will all happen before a procession of every car involved in the event takes to the track to close the show on Sunday.

The sprint area won’t be the only place where you’ll get to see some live action, a small oval track has been created near the start line of the sprint track where drift cars, nimble autocross cars and stock cars will burn some rubber and create some smoke.

Fittingly, Jaguar will have a big presence at the festival. Not only will there be a big display of its new cars but visitors will have the opportunity to get a passenger ride around the circuit in Jaguar’s XE, XF, XJ or F-type.

Areas around the city usually out of bounds for cars will display collections of static vehicles; motorbikes, military equipment and commercial transport will join supercars and classics.

As well as all the car action there will be a local bands playing live music throughout both days, and there will be a big concert on the Saturday night. That will be free, too.