UK Government to ban petrol and diesel car sales after 2040 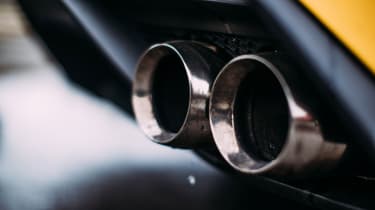 The UK is set to ban the sale of all conventional petrol and diesel cars and vans as early as 2040. The sales ban is part of a wider move to tackle air quality in the UK – a hot topic, particularly when it comes to nitrogen oxide emissions. Sales of hybrid and plug-in hybrid models will still be permitted, however.

Environment secretary Michael Gove is set to announce the plans today as part of a wider set of policies to tackle air pollution. It comes after an air quality draft report published by the Department for Environment and Rural Affairs (DEFRA) was described by ministers as ‘much weaker than hoped for’.

The proposals don’t just include a sales ban. The Government proposes the introduction of more ‘clean air zones’ across the UK – charging high polluting drivers to enter city centres, or even ban them altogether. A diesel scrappage scheme is also on the cards, allowing car buyers to trade in their old diesel cars in return for a discount off a new, low-emission vehicle. 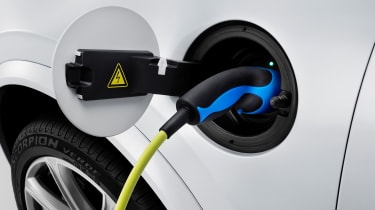 But why all the concern? The Government estimates that nitrogen oxide emissions (bought sharply into focus by VW’s diesel scandal) and poor air quality in general cost the economy £2.7 billion in lost productivity each year, calling it ‘the largest risk to public health in the UK’.

The combat deteriorating air quality, the Government will introduce measures to accelerate the adoption of electric and alternatively fuelled vehicles across the country. A nationwide fund of £3 billion will be available for local authorities to spend, including £290 million to go towards low emissions taxis, £1.2 billion towards cycling and walking schemes, as well as £100 million to tackle roadside pollution.

Of more concern will be charging infrastructure. Currently electric car owners have very few options – private charging stations in garages and on driveways and a select few public charge points. Hydrogen infrastructure is even further behind, with just 13 filling stations nationwide.

The Government is expected to announce the plans officially later today, and we’ll update this page when the announcement is made.