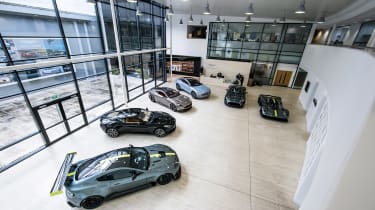 Aston Martin has been through quite the technological transformation over the last 12 months, with the all-new DB11 now in full production and V8 Vantage only moments from being revealed – the Gaydon has decided to consolidate its future in advanced propulsion by bringing in Joerg Ross, former Maserati chief powertrain engineer.

Sitting alongside a range of internal combustion models, Aston Martin is now well into the process of developing an all-electric powertrain for future models, this will be a focus of Ross and his team.

> Click here for more on the upcoming Aston Martin RapidE 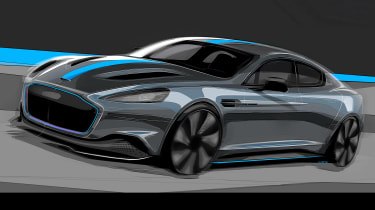 With a long history working within industry for Ford, Ferrari Scuderia F1 and most recently Maserati, Ross stated: “[Aston Martin] is at a significant point in its history, with the recent announcement of its first all-electric car the RapidE. I’m excited to play a part in developing Aston Martin’s future drivetrain strategy.”

The RapidE is due to be the first of these fully electrified models, being based on the same VH aluminium chassis as the standard car, but replacing its 6-litre V12 engine for an electric power plant and array of batteries. The RapidE concept of 2016 was engineered in conjunction with Williams advanced engineering, an offshoot of the Formula One team, but as Aston Martin’s ties grow deeper with on track rival Red Bull Racing, it is expected that further drivetrain development will be conducted in-house under Ross and his team.

Due for limited production in 2019, the RapidE will be just the first of Ross’ projects in his new role, and with a revitalised product line up and obvious investment into future powertrains, Aston Martin’s future looks to be standing on solid foundations.