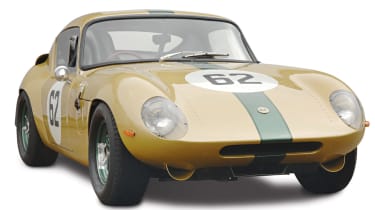 Ian Walker Racing, a historic Lotus race car builder, will be retracing its past, as it's just commissioned a recreation Lotus 26R Elan Le Mans coupe. The cars will be built to the same specification as the ones initially designed to sit on the Le Mans grid in 1964.

Originally conceived by Ian Walker, the 26R Lotus Elan Le Mans Coupe was designed in conjunction with Colin Chapman and Lotus themselves to run in the Thermal Efficiency Index Class at Le Mans in 1964.

> Click here for our review of the Lotus Elise

Based on the same chassis as the Elan road car, the racer featured unique aluminium bodywork, uprated steering and suspension and improved engine cooling. Unfortunately for IWR, after sustaining massive damage at a prior event held at the Nurburgring, the Elan Le Mans Coupe in never made it to the 1964 Le Mans grid. 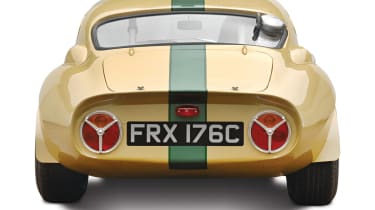 To get as close as possible to the original, IWR 3D scanned a 1964 car. The new car is hand-built form the ground up on top of a new chassis and powertrain, all mimicking the original.

Priced somewhere above a not inconsiderable £200,000, it might sound like a lot of money for an Elan, but it’s no more than you would need for an original 26R coupe, and no doubt be built to a higher standard than one of the originals. Not only that, but take into account that one of Jaguar's lightweight E-Types would cost you around £1m more, then the IWR Elan actually starts looking like pretty good value.

IWR are aiming for these new-build cars to be eligible for racing in historic racing series here and abroad. The exact number of builds will depend on demand according to IWR, but numbers will sit below the six lightweight E-Types that Jaguar built.