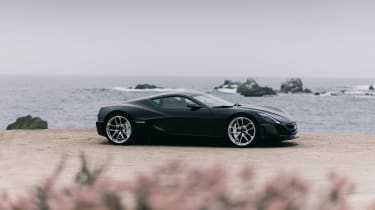 Rimac first made headlines when it launched the first production electric supercar called the Concept One, and this new investment deal with Camel part of the firm's ambitious expansion plans - Rimac is also  hoping to find a further €20m to contrubute to the development of its next model, due to be shown in concept form at the Geneva motor show next year according to company founder Mate Rimac.

> Click here for our review of the Rimac Concept One 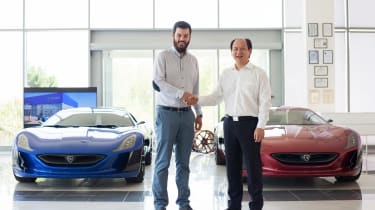 The proposed partnership with Camel is a strong start, with the Chinese battery company is keen to use the deal with Rimac to bolster its development in automotive battery technology. Camel has been given an unspecified percentage of the company in return for its investment.

Far from just being a niche supercar manufacturer, Rimac is also a supplier of electrified components to the automotive industry at large. Thanks to the increasing relevance of this tech, Rimac has tripled in value since 2014 having secured contracts with automotive heavyweights like Aston Martin Lagonda and Koenigsegg.

In a step that will not only give us exciting new electrified supercars like the upcoming second-generation Rimac, technical partnerships like this will also drive forward the development of electric-tech for the companies Rimac supply to.

With electric tech now a pre-requisite for all high-end super and hypercars, Rimac might well become another household name as we move closer to an electrified, carbon-neutral future.