The German car maker is back with its first new model in a decade, and it’ll feature a BMW-derived V8 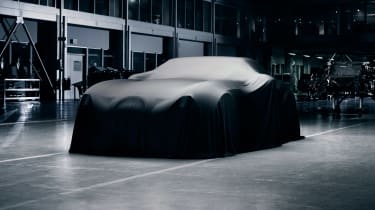 Small-scale German sports car manufacturer Wiesmann has teased its first new model in almost a decade. Codenamed Project Gecko, after the brand’s logo, we’ll get our first look at it at some point in 2020.

Wiesmann says the new model will be an evolution of the MF5, a model that made its debut  at 2008’s Geneva motor show. Featuring BMW’s glorious 5-litre V10 from the E60 M5, it produced a very healthy 500bhp for a 3.9sec 0-62mph time and 193mph top speed – respectable numbers even today.

The marque’s latest effort will continue its long-standing partnership with BMW, this time using a 4.4-litre twin-turbocharged V8. Assuming this is in reference to the unit found in the G90 M5, Project Gecko could boast almost 600bhp, and given its sub-1380kg kerb weight, that should result in some rather impressive performance numbers indeed.

The lack of weight in the preceding MF5 gave it a 0.8sec 0-62mph advantage over the M5 it was based on, so given the use of modern lightweight construction methods and a significant bump in power, we can expect a sub-3.0sec 0-62mph time and a top speed in excess of 200mph. It might not come with the NA V10’s whaling 8500rpm red line, but it’ll certainly perform... 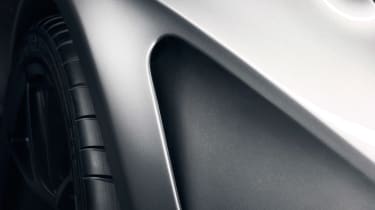 As with all of Wiesmann’s products, Project Gecko will focus on driver engagement, with lightweight construction, a front mid-engined, RWD layout and perfect 50:50 weight distribution all helping to achieve this.

Wiesmann’s chief executive, Roheen Berry, said: ‘This last true independent manufacturer of German sports cars is back and has an exciting future to look forward to. When we set out on this journey we said we wanted to re-engineer an icon and we are on track to do exactly that.’

Production at its Dülmen, Germany factory will begin next year, and although pricing is yet to be announced, the waiting list is already open. Expect further details to surface in the coming months.