The Brabham BT62 has been revealed in road-legal R form 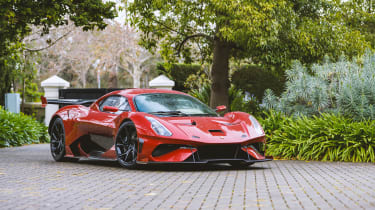 Brabham Automotive has revealed its first road-going model in the form of a road-legalised version of its BT62. The new variant is called the BT62R, and it won’t be the last Brabham to feature number plates with the brand confirming that this is just the beginning of its planned road car range.

Fundamentally the BT62R is very similar to its racing counterparts, sharing the underlying tubular steel structure clothed in carbonfibre panels, double wishbone pushrod suspension and atmospheric V8 engine. What it has done is refine each of these elements to make the package slightly more manageable on the road without compromising on performance. 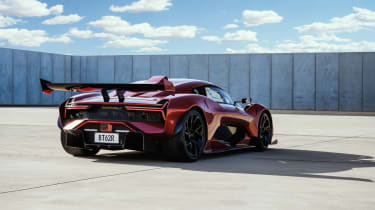 This starts with a new aero package, which replaces the front splitter, diffuser and rear wing with more subtle road-legal alternatives. While the new aero devices make the body legal, it’s still hardly a Honda Jazz when it comes to ground clearance, so Brabham has also fitted a variable ride height feature to help with speed humps or steep driveways.

The 5.4-litre naturally aspirated V8 engine produces the same power figure as the competition models, peaking at 691bhp with 492lb ft of torque, but now features new mapping to help make the powertrain more manageable at low speed. Power is sent to the rear wheels via the same six-speed sequential transmission operated by paddles behind the steering wheel, but there’s still a clutch pedal required for changes when taking off or coming to a stop. 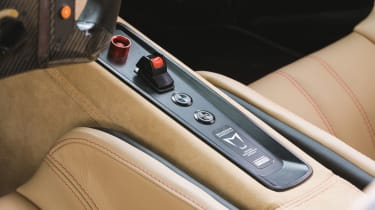 The exhaust system has also been revised to reduce volume without a drop in power, while the cabin itself has been fitted with more sound and heat insulation to keep the cabin comfortable. The cabin is also trimmed with a far more civilised combination of Alcantara or leather finishes, including new seats. It’s also now fitted with a heating and air conditioning system, and an optional stereo.

For those who want to keep their road-going BT62R as close as possible to the racer, there is an optional Track Pack that supplies the competition aero package alongside the road setup, although these parts are not road legal and can only be fitted for track use. 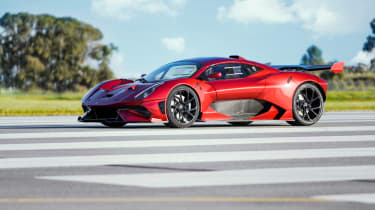 While the term road-racer is quite often applied to cars with only loose connections to the actual racing cars they derive from, one can be confident of the close connection between the BT62R and its track-only donor. Brabham has not released any prices for the BT62R, but given the track version costs a cool £1.2m, expect that to be a jumping off point for the road car.