From pre-1960s sportscar racers to peak touring cars and everything between, Silverstone Classic is a great day out for enthusiasts 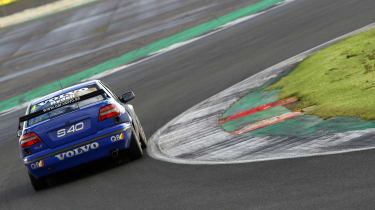 Silverstone will host one of the season’s biggest classic racing weekends on the British calendar between 20 and 22 July. Featuring historic racing action from Formula One, Sports Car, GT and Touring car grids from the last 60 years, Silverstone Classic has over 1000 entries registered for entry, with the weekend packed full of historic racers rarely seen in action.

Split into categories based on series and era, Silverstone Classic begins with qualifying on the Friday, before the racing kicks off over the weekend. Sports Car and GT grids include Classic GT Cars (pre-1966), Masters Endurance Legends and Stirling Moss Trophy for pre-1961 Sportscars. With one or two drivers per car, pit stops and longer races, these classes try to recreate the pressure and spectacle of races from that era.

Moving away from the Sportscars and GT, the classic Touring Car classes are always crowd favourites, too, as transatlantic touring cars like classic Ford Mustangs and Falcons do battle with Europe’s most successful racers like Lotus Cortinas and BMW TiSAs. Heavy-hitting entries like the BMW CSL, Jaguar TWR XJS and Rover Vitesse compete together in the wider Historic Touring Car Challenge, while more modern touring cars get the chance to do battle in the JET Super Touring Car Trophy. It’s in this class you’ll see touring cars from the height of the sport in the late ’90s racing side-by-side with older pre-1993 DTM racers and Super Touring car racers right up to the year 2000.

Not to be outdone, FIA Masters Historic Formula One brings together F1 models between 1966 and 1985 in one spectacular class. Each of the cars must run in their period livery. You’ll see cars from iconic F1 teams including Brabham, Hesketh, Lotus, McLaren, Penske, Tyrell and Williams. Two races will be held, one on each day, for a racing experience unlike any other.

Held at the Silverstone circuit in Northamptonshire, tickets are now on sale from £45 for the entire weekend’s events, which not only includes racing on the track, but also live music, static displays from car clubs from around the UK and a whole world of entertainment for the whole family over the weekend.