The 2019 Goodwood Festival of Speed celebrated the fastest, the most enduring and the most successful in motorsport 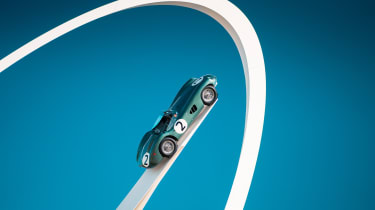 The 2019 Goodwood Festival of Speed theme was ‘Speed Kings – Motorsport’s Record Breakers’ and it centred around those in motorsport who push themselves and their machines to the very limit and beyond. We were on the ground to bring you all the highlights from this year’s show.

Regular FoS’ers will have noticed that the festival had a slight change in layout for 2019, with the Michelin Supercar Paddock moving next to the start of the hillclimb course (the location of the Moving Motor Show in previous years). That made space for an all-new live-action arena, helpfully known as ‘The Arena’, to take its place in Cathedral Paddock.

> Click here for more on the new Mercedes-AMG A45 S

The Arena’s new live-action events took place on Friday, Saturday and Sunday, and included a display of drift cars and stunt driving. Following the Goodwood Hillclimb Shootout on the last day of the event, the top three fastest hill-climb cars were displayed outside Goodwood House, allowing fans to get up close and personal with the very fastest cars at the event.

We've seen a new record time up the famous Goodwood hillclimb as well. The VW ID R racer made smashed yet another record, breaking Nick Heidfeld’s 41.6sec run in a McLaren MP4/13, with a time of just 39.9s.

Beyond that, Bentley and Citroen both celebrated their centenery years in 2019, with special displays to mark the occasion. The same goes for Mini and Pagani who are marking their 60th and 20th anniversaries respectively. Aston Martin was the focus of the Goodwood sculpture as it celerates 60 years since its 1-2 victory at Le Mans and 70 years since it first raced at Goodwood. New car reveals and UK debuts came in thick and fast with the Mercedes-AMG A45, the Radical Rapture, the BAC Mono R, the Ford GT MkII and the De Tomaso P72 GT all being seen for the first time at the FoS. 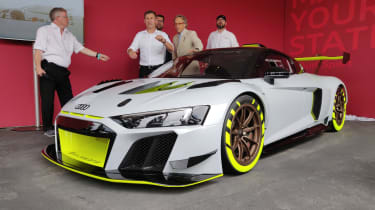 As one of the biggest releases of the event, Audi has revealed the new R8 LMS GT2 to sit alongside the R8 GT3 and GT4. 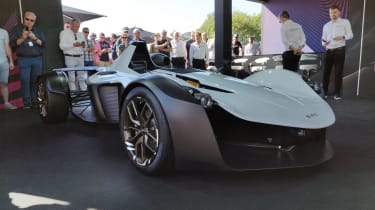 The BAC Mono hasn't seen a signifiacnt update since it was unveiled in 2011, but this year's Festival of Speed brings us the new Mono R with 622bhp per tonne no less... 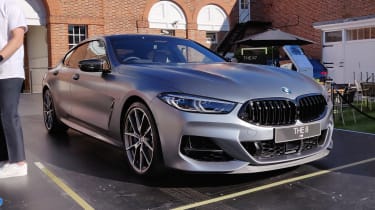 The new M8 Competition made its UK debut at the festival and the BMW V12 LMR that won Le Mans in 1999 went up the hill.

The Italian marque has made a comeback in 2019, with a V12 supercar featuring underpinnings from the Apollo IE. 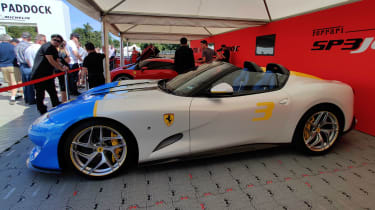 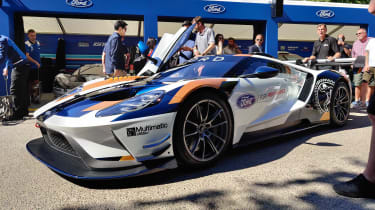 Perhaps one of the most exciting fresh launches of the event was Ford’s reveal of a new race-inspired GT. The all-new Shelby GT500 and Ford Focus ST also made their UK debuts on the hill climb, and Ford’s Le Mans GT and NASCAR-winning Fusion racers featured too. 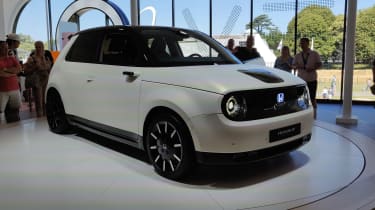 It should come as no surprise that electrification was quite a focus at this year’s show. The highly anticipated, all-electric Honda e made its dynamic debut, going up the hill in the hands of F1 driver Alexander Albon. A static prototype was also on display at the brand’s EV-themed stand, alongside a timeline of Honda’s electrified models. 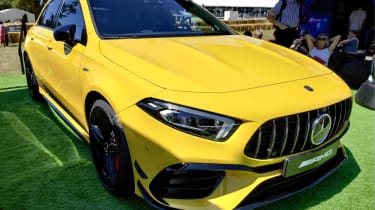 After months of teasers, the all-new 415bhp Mercedes-AMG A45 is finally here, on show for the first time at the 2019 Goodwood show. 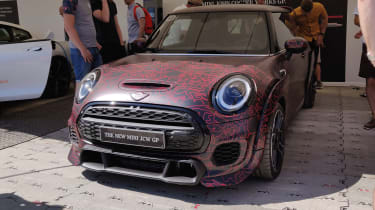 It’s MINI’s 60th anniversary and it gave a UK debut to the latest in its line of hardcore GP models - the MINI John Cooper Works GP. It’s already turned in a lively Nurburgring lap. 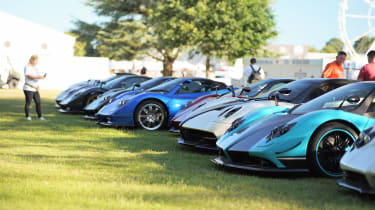 Italian hypercar firm Pagani has been thrilling us with ever more extreme Zondas and Huayras for 20 years and it had a fleet of 30 cars at Goodwood to celebrate. The first ever Zonda - a 1999 C25 - and a recently restored Zonda R were among the highlights - as was the noise from those howling V12 engines... 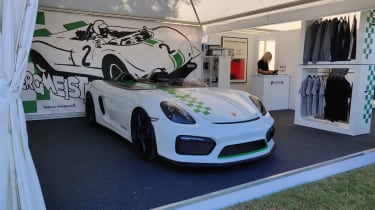 Had its new 992 generation 911 GTE race car on display complete with dramatic aerodynamic updates, as well as the fantastic Cayman GT4-based Bergspyder homage. 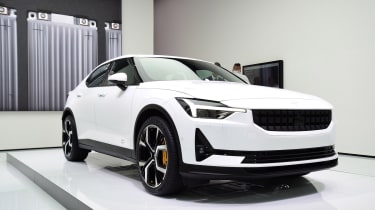 The all-electric Polestar 2 made its first UK appearance at the Swedish firm’s stand, allowing FoS-goers to get up close and personal with the new model.

Here's our ride in the new #Radical Rapture up the Goodwood hill climb. Yes, it's road legal... #FOS

Shown for the first time at the show, the Radical Rapture is the brand's first venture into road cars, bringing track-inspired design to the road. We had a ride up the hill... 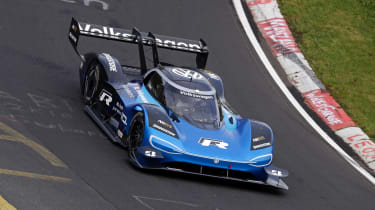 It was two decades since the record for the Goodwood hill climb itself was last broken but now VW has done it. Nobody had driven the course faster than Nick Heidfeld's 41.6sec run in a McLaren MP4/13 but this year Romain Dumas in the Pikes Peak record-holding Volkswagen ID R managed 39.9s to take the crown.

‘Speed Kings – Motorsport’s Record Breakers’ was 2019’s central theme, somewhat appropriate for an event which itself seems to break attendance records and debut ever more impressive machinery nearly every year. The theme celebrated not just the cars, but also record-breaking drivers, as well as fastest laps, most successful manufacturers, most pole positions, and more.

‘We are delighted with this year’s theme, as it offers an opportunity to celebrate the ultimate heroes of motorsport past, present and future,’ says Will Kinsman, head of motorsport content at Goodwood. ‘The team are working hard to ensure the paddocks are bursting with the most talented drivers and riders alongside the most iconic road and race machines in the world.’