New V6-powered, two-seater trackday car will also be eligible to race next year 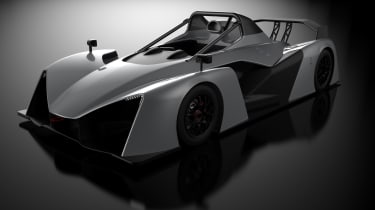 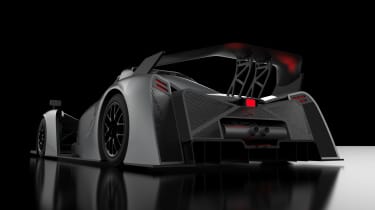 But rather than being just another expensive trackday toy, the Revolution will be eligible to actually race in at least two championships from next year. In the UK the Revolution will be able to compete in the new Sports Prototype Cup which will comprise of two categories: The Revolution UK Trophy and the Trophy for Radical SR3s. There will also be a French series for the car.

> Read our review of the Radical RXC

The Revolution is powered by a naturally aspirated 3.7-litre Ford Cyclone V6, the same engine found in the Radical RXC V6. To make the engine suitable for its small, lightweight machine, Revolution Racecars fits a dry sump lubrication system, a bespoke engine map and a new exhaust system. The new alterations take the engine’s power from the 301bhp it produces in its most powerful factory form, to 350bhp. Revolution Racecars predicts that the engine will be capable of at least 6000 miles, or 100 hours of racing, before it needs rebuilding. 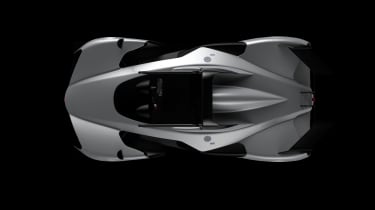 Revolution Racecars claims its new open-top racer will weigh just 750kg, giving it a power-to-weight figure of 474bhp/ton – greater than that of a Ferrari 488 GTB (455bhp/ton) or Lamborghini Huracán Performante (464bhp/ton) and ever slightly lower than the new Ford GT’s figure (475bhp/ton).

> Find out what the latest Ford GT is like to drive

The Revolution’s gearbox has been sourced from French transmission specialists, 3MO. The six-speed sequential ’box uses technology the company has developed when creating transmissions for Formula One and World Rally Championship cars. The car’s chassis also comes from across the Channel and will be manufactured in Germany.

The Revolution’s exterior has all the hallmarks of a purpose-built racer, with its open cockpit, a roll-hoop and a fixed rear wing. But rather than looking purely functional, it’s more stylish than many of its track car rivals from Radical or Elemental thanks to former head of design at GM, Simon Cox, who was given the brief to design the exterior of the car.