Motorsport would be made technically impossible by new EU insurance laws 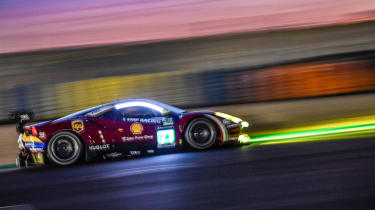 Changes to European Union regulations regarding third-party insurance for vehicles on private land will technically make all motorsport within the EU illegal. Although this may sound like EU regulation gone mad, it’s more likely an unrealised coincidence that will probably be amended when the new regulations actually become law. According to the EU document, vehicles used under normal circumstances, regardless of whether it's on private property or not, need to be insured.

As a result, unless the terminology is changed, these laws would effectively render all motorsport in the EU impossible, as no insurer would take on unlimited third-party liability insurance for any, or indeed all, of the vehicles on track at any one race meeting.

> Track day insurance everything you need to know

When questioned on the ruling earlier this year, the European Commission ruled that insurance would be mandatory for ‘any use of a vehicle, consistent with its normal function as a means of transport, irrespective of the terrain on which the motor vehicle is used and whether it is stationary or in motion’.

Oddly, this story begins with a Slovenian farm worker who was knocked off a ladder by a tractor driven on private land. In the lawsuit, the European Union ruled that in all EU member states, all vehicles on any terrain must have compulsory third-party insurance within their ‘normal function’ to cover for liability, which would apply to all forms of motorsport.

Of course, European motorsport has not ground to a halt overnight, and that’s because most EU states have yet to sign-off this aspect of the directive into national laws, although pressure is mounting to do so. Don’t think that Brexit will have much of an affect either as regardless of the outcome, it is very likely that EU laws will still be temporarily enforced at the point of the UK leaving the EU anyway.

Although this might sound like doom and gloom for the future of motorsport in the EU, it’s unlikely that the legislation will be enforced with such a heavy hand on a sport we’re all rather fond of.