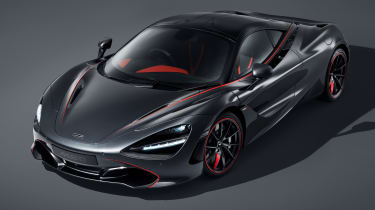 Harking back to the 1995 Le Mans-winning McLaren F1 GTR, the brand’s special operations division has unveiled a new paint scheme for its flagship supercar.

As is often the case with flagship McLarens, this particular 720S has spent some time at the hands of McLaren Special Operations, or MSO. Not for the first time either, following a slew of special editions appearing since its launch last year, including the Dubai model and Velocity, previewed at Geneva Motor Show in 2017.

The latest effort has been commissioned by McLaren London, with a paint scheme harking back to a certain Le Mans-winning McLaren F1 GTR. Its Sarthe Grey paint was inspired by the McLaren F1 GTR that was driven to victory by JJ Lehto, Yannick Dalmas and Masanori Sekiya at the famous Le Mans Circuit de la Sarthe in 1995. 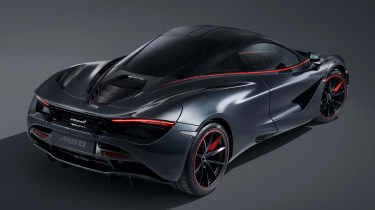 It also sports Vermillion Red accents, but as you’d expect from MSO, they’re no mere vinyl stickers, instead being hand-painted in a process that takes almost 200 hours.

Other details unique to the model include lightweight wheels finished in MSO Satin Black with a unique, red outer rim and single contrast spoke on each wheel. The accents don’t stop at the exterior, with the upper fascia, seats and doors featuring red stitching too. The car won’t receive any performance upgrades however, with its 4.0-litre twin-turbo V8 still pushing an impressive 710bhp to the rear wheels.

The Stealth model was one of the MSO Bespoke themes previewed at the model’s global debut at Geneva Motor Show last year, alongside the Velocity, Track and Pacific themes that have already been produced as MSO Bespoke orders. Despite what its name may suggest, we suspect the lucky owner will stand out from the crowd rather nicely.