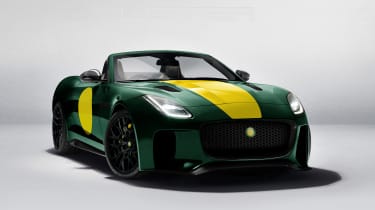 Lister Motor Company has laid its hands on the Jaguar F-type once again, this time, for the creation of a 666bhp drop-top monster.

In response to customer demand for an open-top LFT-666, the sports car manufacturer set to work to create its most powerful convertible car to date, with an uprated version of the F-type’s 5-litre supercharged V8, body modifications and a bespoke interior.

Under the bonnet, the LFT-C receives tweaks to take power to 666bhp, almost 100bhp more than that of Jaguar’s range-topping F-type SVR. It’s therefore quicker too, with the 0-62mph sprint taking just 3.3sec (quoted) and top speed coming at over 205mph. Whilst under the bonnet, you’ll also find a solid silver plaque on the engine cover, denoting which of the ten LFT-Cs you have. 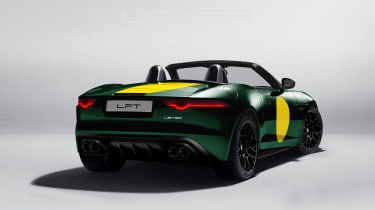 CEO of Lister, Lawrence Whittaker, said: ‘Launching the new LFT-C is a personal triumph, as I have always loved convertible cars, even since my second car, an MG Midget. While we are famous for cars like the Knobbly and the Storm, the LFT series heralds a new era for Lister and continues our historical enhancement of Jaguar drivetrains, which dates back to 1957.’

In addition to the production LFT-666 and LFT-C models, the brand also offers upgrades for all standard Jaguar F-type models, with kits starting from £9750.

Each of the ten cars will be built bespoke to the customer’s specification, both inside and out, and is available with a seven-year warranty at an additional cost. Prices start from £139,000 and the first cars will be on the road this summer.