Based solely on the V8 variant of the Bentley Bentayga SUV, the Design Series aims to help your Bentley stand out from the crowd 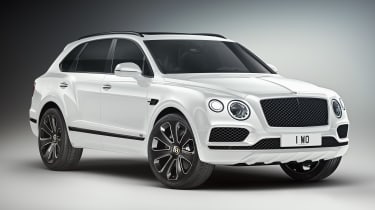 Thanks to a combination of Blackline options, the Mulliner package and standard optional extras, the model aims to provide the most desirable version of the model yet, adding a whole host of features over the standard car, both inside and out.

On the outside, you’ll find seven-spoke wheels in a two-tone finish with a self-levelling badge at their centre, thanks to the Mulliner package. The Blackline options, as standard on the Design Series, give you a body-coloured lower front bumper apron and black exhaust tips. Design Series badging can also be found on the front doors.

There’s no shortage of tweaks on the inside, either, with the Mulliner package adding a dual-tone, colour-themed cabin, a first for the Bentayga. Buyers can pick from four themes: Pillar Box Red, Orange, Mulliner White and Klein Blue, all tied together with a ‘Beluga’ main hide. 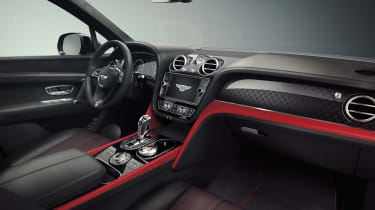 Another first for the Bentayga are the contrasting accents throughout the cabin, featuring an accent colour on the centre console, dashboard and in the seat perforations. A new diamond-pattern carbon fibre weave has also been introduced with the Design Series, which can be found on the dashboard and doors. The centrepiece of the cabin is the mother of pearl Breitling clock, complete with diamonds, of course.

All Bentayga Design Series cars will be based on the more agile V8 Bentayga, as opposed to the range-topping W12. Although not quite in the league of the 190mph, 626bhp Bentayga Speed, it still features a 542bhp 4.0-litre turbocharged V8, fit for a 4.4sec 0-62mph time and a top speed of 180mph. The model joins the ever-expanding Bentayga range, sitting alongside the new hybrid variant, V8 diesel, standard W12, V8 petrol and Speed.

Pricing and availability is yet to be announced, but expect it to set you back somewhere around £140,000.