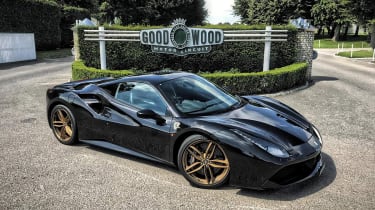 Being a reader of evo, you’ll likely have had dreams about experiencing some of the world’s most expensive, exotic, and painfully unattainable machinery first-hand. Though only for a brief time, a charity event allowed attendees do just that.

Earlier this month at Goodwood Motor Circuit, a dedicated group of car enthusiasts gathered to offer attendees the chance to experience some of the world’s most exotic metal at the historic track and on the surrounding roads. They’re no stranger to such events, either, as over the group’s three-decade run it has raised in excess of £2.3million for charity. On the day, Sporting Bears' passenger rides alone raised just under £7000, with the event as a whole raising £50,000 for the Children's Trust.

Hundreds of high-end cars were in attendance, with models ranging from McLaren’s P1, Ford’s GT and the Ferrari 488 Pista available for passenger rides. Previous events have seen cars ranging from various Lotus models and an array of flagship V12 Lamborghinis, all the way up to the £1m Pagani Huayra attend. It’s safe to say the event gives you the opportunity to bag a ride in something with a little more poke than you’re used to. 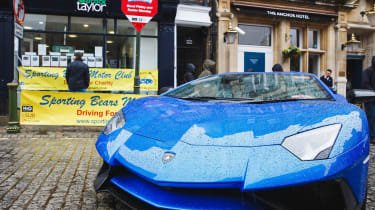 A spokesman from Sporting Bears Motor Club said: ‘We raise money through our famous Dream Rides events where we offer the general public passenger rides in our cars for a minimum donation, with every penny raised going to charity. The concept is simple – we are able to offer you the opportunity to experience your dream car by taking you out on a ten-mile, 20-minute passenger ride in the car of your choice where you will get to experience the sound, feel and performance of these rare and amazing cars.’