Dutch coachbuilder will create bespoke examples in a limited-run series 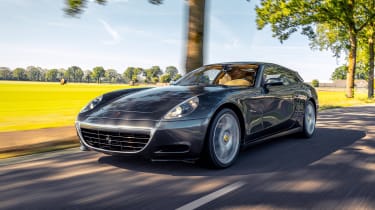 The last coach-built shooting brake to hit the internet was in the form of a Tesla Model S, courtesy of London-based Niels van Roij Design. A coach-built Tesla is all well and good, but it lacks Italian finesse, a front-mounted NA V12 and a prancing horse on the bonnet. Enter, Vandenbrink Design...

Designs for the Vandenbrink Shooting Brake were first shown over a decade ago in 2008, but due to the brand’s recognition of a recent increase in demand for such cars, it has announced it will create a limited-run series, with each example built to order for a lucky few.

Focus appears to have remained on the shooting brake additions as opposed to under-bonnet components, but that’s not too much of a concern. The standard 612 Scaglietti sports Ferrari’s 5.8-litre NA V12, pushing 533bhp and 424lb ft of torque to the rear wheels for a quoted 4.3sec 0-62mph time and a 199mph top speed. The addition of shooting brake modifications will undoubtedly add some weight, but even so, we can’t imagine it’s going to feel slow. 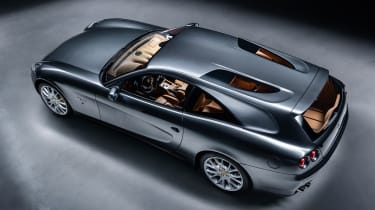 Each example will feature the same sleek shooting brake design, but will be unique to each customer – features for specific uses such as falconry, racing and equine sports are on offer, if you’re into that sort of thing. Aside from the need for quite a healthy bank account, the company says only customers that ‘have a passion for the underlying automotive quality, aesthetic excellence and historical significance’ will be able to get their hands on one.

Pricing will depend entirely on the requirements of each customer, so figures are available upon request. As with many coach-built cars, a donor car (or the funds for one) will need to be provided, setting you back between £55,000 and £140,000 alone.

If you’d like to see the Vandenbrink Shooting Brake in the flesh, head to Classic Youngtimers Consultancy in Uden, Netherlands, where an example is on display.