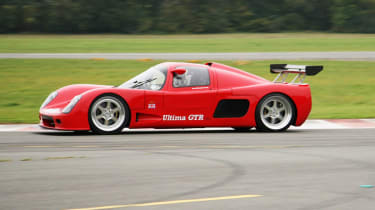 British sports car manufacturer Ultima is claiming to have beaten the time set by Michael Schumacher in his Ferrari FXX around the Top Gear test track.

An Ultima spokesman said Top Gear had ignored repeated requests to feature its cars, so the private test session was organised instead. The GTR720 had been optimised for the circuit, but the spokesman said it was still completely road-legal, unlike the FXX.

A video of the lap can be viewed here