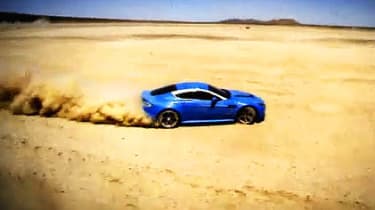 Forza Motorsport 4 has been confirmed for the Xbox 360 via a rather cinematic trailer. If you've just got your copy of Gran Turismo 5 (or you're getting the PS3 game for Christmas) then you better get working on completing it - Forza's fourth instalment will be here in Autumn 2011.
The trailer certainly sells it well - there's action-packed footage of all manner of fast cars, including the Aston Martin V12 Vantage, Porsche 911 GT3 R, Mitsubishi Evo X, Lamborghini Reventon and more. And in a direct swing at its PlayStation 3 rival, you'll be able to play it without a pad via the Xbox Kinect accessory. Although quite how well it will work as you wave your hands around in the quarter-to-three position remains to be seen...