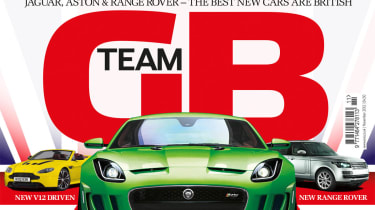 Buy a copy of evo 175 in our online shop

New Range RoverOur celebration of Britain’s best new cars kicks off with the all-new Range Rover. It’s lighter, more powerful and better for the environment, but its looks will be divisive. Make your mind up here…

Aston Martin V12 Vantage RoadsterAston Martin’s drop-top V12 Vantage finally arrives, three years after the coupe. Jethro Bovingdon heads to Wales to see if it was worth the wait

Renault Twingo 133 v Suzuki Swift SportTwo of the cheapest cars in the Knowledge are also two of our favourites. Henry Catchpole pits Renaultsport against Suzuki on road and track…

The 911 generationsGT3s aside, our favourite Porsche 911s are often the sweet, entry-level models. Richard Meaden tracks their progress, driving eight of them, from the ’60s 2.2T to the current 991 Carrera

Tyre Test 2012You probably know the difference good tyres make to your car as well as we do. Find out which set to fit next here

Long-term testsA Renaultsport Twingo arrives, the Morgan gets a grip reduction, and there’s a Fast Fleet day out at the Bedford Autodrome

Subscribe!Did you know our interactive iPad issues cost just 50p each if you add them to your print subscription?

Buy a copy of evo 175 in our online shop