We drive the new Ferrari FF. Do its practicality and four-wheel drive spoil the Ferrari experience? 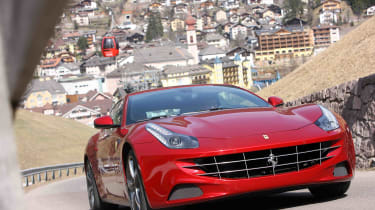 This is the first four-wheel drive car that Ferrari has ever made and the 4RM system is in no way conventional. To get power to the front wheels it takes drive directly off the front of the crankshaft and then channels it through a small gearbox and two wet clutches. It’s claimed this configuration weighs 50 per cent less than a normal centre-diff arrangement. (There are masses of other tech highlights but you’ll have to read the magazine for those!)

The traction from the 4RM system is phenomenal. In the dry at least, big power oversteer slides are definitely off the menu because just when you’d expect the tail to let go the front wheels imperceptibly receive drive and transform a slide into forward momentum. It’s quite incredible the first time you experience it.

The typically light and responsive Ferrari steering makes the car feel much smaller than it is and the pace it can achieve up or down a bumpy Alpine pass must be every bit as quick as a 599 GTB. Amazingly it also fulfils the GT role, riding sublimely and cruising in a hushed and reverential manner at big speeds on the Autostrada.

If you are expecting something that has the ultimate over the limit dynamic edge of a 458 or 599 then you will be disappointed. However, the FF wasn't designed simply to be a four seat version of a 599. It can tackle terrain and roads that you wouldn't think about taking a 599 across, so small compromises in the driving experience are inevitable and in this case, I think, not unhealthy.

There’s more room in the back than an Aston Martin Rapide and it is significantly faster and more agile than a Bentley Continental GT. Admitedly it’s also quite a lot more expensive.

You can fold the rear seats down and put a bicycle in the back! For a full report buy issue 157 of evo.

Configure your own Ferrari FF supercar 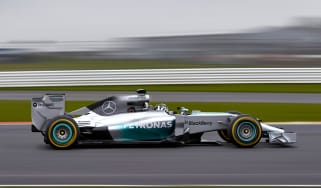 The 2014 Formula 1 season is hotting up, with this year's first test at Jerez giving us our first glimpse of the cars in action. Round-up here
Visit/ferrari/ff/13611/pagani-zonda-revolucion-news-pictures-and-video 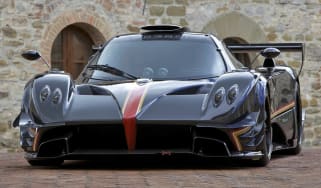 The Pagani Zonda Revolucion is the lightest, fastest and most powerful yet. Watch out Ferrari and McLaren
Visit/ferrari/ff/13516/novitec-tunes-ferrari-f12 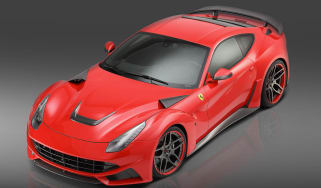 Tuning company Novitec has applied its N-LARGO package to the F12. Details and pictures here
Visit/ferrari/ff/13090/new-pagani-huayra-promo-video 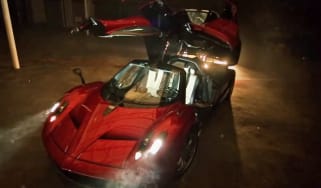 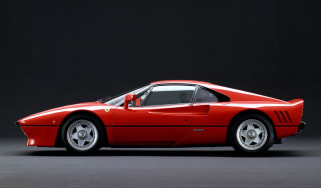 The LaFerrari is the latest in a long line of ultra-extreme and exclusive Ferrari hypercars. Here's a gallery of them all
Visit/news/evonews/288529/2013_geneva_show_supercar_pictures.html 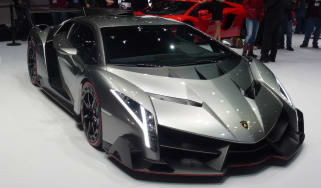 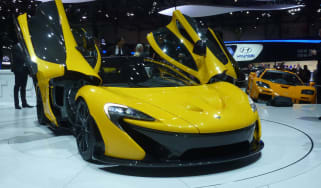 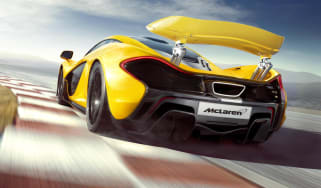 All of evo.co.uk's 2013 Geneva motor show content. News, pictures and video of all the show stars here
Visit/ferrari/ff/14056/ferrari-f40-buying-checkpoints 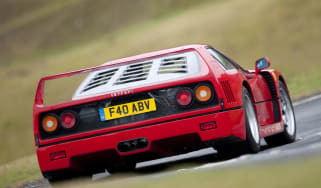 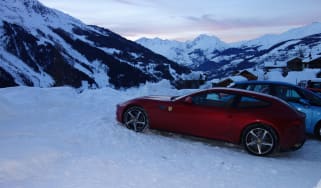 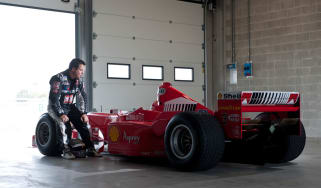 evo gets behind the wheel of something very special - a red Ferrari Formula 1 car with 'Schumacher' etched on the side
Visit/news/evonews/286513/november_2012_issue_of_evo_magazine.html 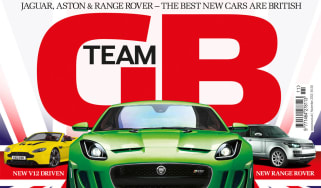 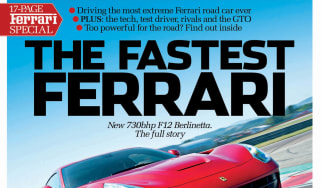 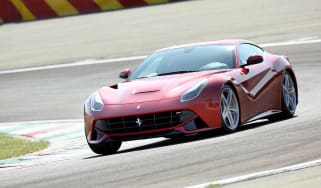 Jethro Bovingdon gets a drive in Ferrari's 730bhp F12 Berlinetta, and compares it with the 599 GTO. Full video review here.
Visit/news/evonews/278380/2012_geneva_motor_show_atoz.html 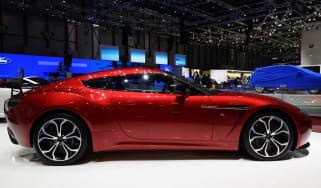 All of evo.co.uk's 2012 Geneva motor show content. News, pictures and video of all the show stars here
Visit/ferrari/ff/14356/ferrari-ff 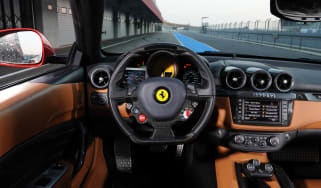 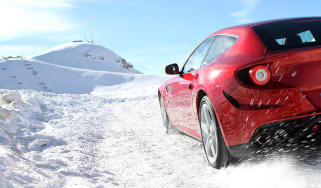 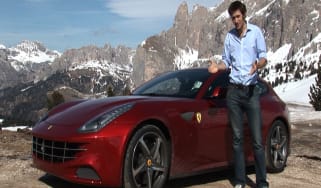 Is the new Ferrari FF a proper Ferrari? And how much snow is too much snow for it to tackle?
Skip to HeaderSkip to Content