All of evo.co.uk's 2012 Geneva motor show content. News, pictures and video of all the show stars here 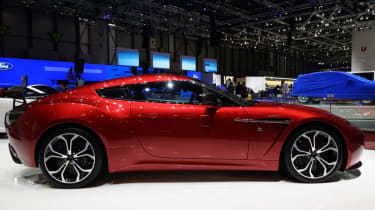 The 82nd Geneva motor show will kick off with the key press launches on 6-7 March, and is open to the public from 8 March for ten days. Without doubt, it’s the most important show of a hectic annual calendar, and the event of choice for European manufacturers to pull the wraps off their key new cars.

Significant launches this year include the European unveiling of Honda's NSX Concept, as well as Audi's new TT RS Plus - which will be the fastest TT ever made. Morgan will be launching a new and improved Plus 8 as well as its new Aero coupe, and Vauxhall will be pulling the wraps off its new Astra VXR.

Photo gallery 2: including a new Lotus and Bentley's SUV