2013 will see the Alpine name return to the motorsport spotlight, with the company’s first endurance racer in 35 years 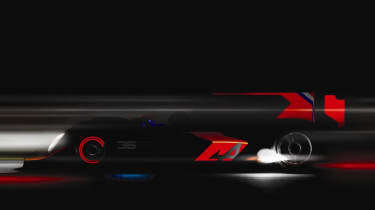 French sports car manufacturer Alpine, has announced that it will be making a return to the endurance racing spotlight in 2013, ahead of the new joint sportscar project with Caterham, which is planned to go on sale by 2016.

The Renault-owned company recently ran a number of original Alpine A110s in the Rallye Monte Carlo, celebrating the car’s unrivalled success in the event 40 years ago, as well as the 50th anniversary of the first production Alpine A110s.

This year, Alpine will be entering a new prototype racer in the European Le Mans Series which will also include an entry in the Le Mans 24 Hours race on 22-23 June – the first time the company has entered the famous race since 1978.

Forming the basis for the LMP2 racer will be an Alpine chassis, which will be powered by a 500bhp Nissan engine. Signatech, a French race team owned by experienced team manager Philippe Sinault, will run the car.

So far two drivers have been announced – Pierre Ragues and Nelson Panciatici – with a third driver to be revealed on 24 March when the car is officially unveiled.