Nissan has announced the official release of its GT-R NISMO GT3, and here's a video of the car on track. 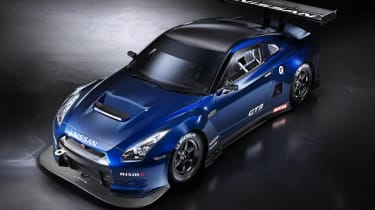 Nissan's GT-R GT3 has been developed by NISMO, in partnership with JR Motorsport - parent company of Sumo Power, JRM and Sumo Power GT. It's fully FIA GT3 compliant, having been tested extensively - including three competitive runs.

The racer is powered by a 3.8 twin-turbo V6 based on that of the road car, but producing slightly less power (522bhp) to meet with regulations. It also does away with the road car’s front driveshaft.