Nissan teases its experimental Garage 56 entry for 2014, and it looks to be all electric 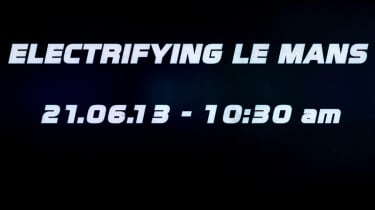 Nissan has released a teaser video for its Garage 56 entry at Le Mans 2014, and the Nismo-led entry is set to showcase electric technology.

The 56th garage is reserved for innovative entries utilising alternative energy sources, and was home to the striking Nissan Deltawing in 2012 and will house the zero emissions GreenGT hybrid fuel cell car at Le Mans 2013.

Whilst Nissan has not yet revealed the final drivetrain configuration, it has confirmed it will use electric technology and be ‘as visually arresting as the Deltawing.’ Nissan CEO Carlos Ghosn was quoted earlier in the year as saying the entry ‘will test innovative new powertrain technology’, and with hybrids already at Le Mans, it would appear to rule this application out.

Drivers for 2014 have not yet been announced, but could include graduates from the Nissan GT Academy, with Jann Mardenborough and Lucas Ordonez driving in this year’s round-the-clock race in a Greaves Motorsport Zytek Nissan.