The challenge of high speed 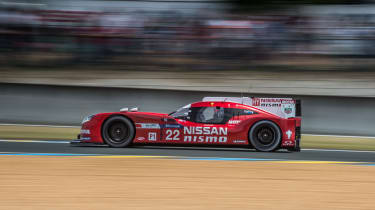 When a car runs at speeds of over 200mph, the forces on the tyres are extreme. These loads are supplemented increasingly by an invisible aerodynamic load, as designers become ever more adept at channelling the passage of air over and under a car. It's no surprise, then, that a significant number of the cars that have broken high-speed records in recent years have worn Michelin rubber: such a harsh environment calls for only the best.

One such car was the Bugatti Veyron, a car that posed a tough challenge to Michelin, but one that decades of success at high-speed circuits such as Le Mans meant the company was able to meet. 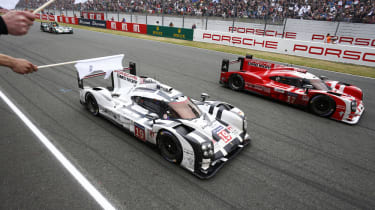 High loads on the tyres create heat, and this heat is the biggest enemy of the tyre. To combat these effects Michelin tests both on the racing circuit and in the laboratory. ‘At Le Mans, our tyre carcass needs to survive a stint of 750kms, and 80 per cent of the lap is at full throttle and very high speed’, says Jamie McWhir, Michelin UK's Technical Manager. ‘If we can manage that, then road cars are relatively easy.’ Tyres are also tested on a rig to destruction: ‘We always take things to the limit’, he adds.

Twenty years ago, it would take 300 iterations of a tyre during the testing process to arrive at the finished product. These days, with computer simulation and fluid dynamics, the tyre test pool is more like 12. 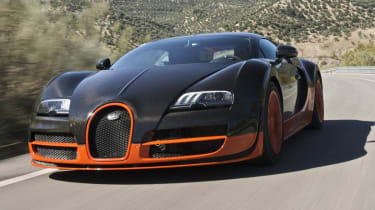 For the Veyron, Michelin used its special PAX technology to cope with the heat generated. Such has been the technical progress in the past decade that a standard construction of tyre can now cope with the stresses and strains of 250mph+. Nevertheless, even Michelin's engineers know that there's still a long way to go before the tyre is not one of the limiting factors at very high speed. After all, the Bloodhound land speed record challenger uses solid aluminium wheels for good reason. Currently there is no pneumatic tyre that could withstand the forces and heat generated, but for road driving, it remains by far the best technology.